The Flame in the Flood Set to Sail for PC, Mac and Xbox One 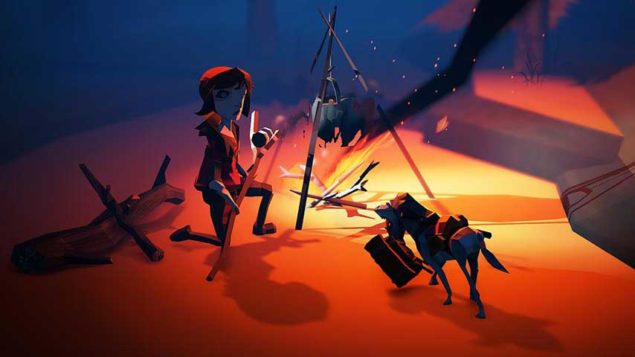 The Flame in the Flood is a rogue-lite river journey through the backwaters of a forgotten, post-societal America. Forage, craft, outwit predators and brave the rapids as you make your way down the procedurally generated river.

According to the studio (composed of veterans who worked on games like Bioshock, Halo, Guitar Hero and Rock Band), you'll be able to get lost in the fragile beauty of a forgotten world. The game will feature an original soundtrack composed by alt-country star, Chuck Ragan. Hunt, trap, and craft to not only endure, but survive.

Brave the dangers of the water as you seek refuge from the harsh realities surrounding you, accompanied by your trusted companion, Aesop. The ultimate wingman, your canine friend is as cunning as he is adorable, sniffing out and gathering the supplies essential to stay warm, stay fed, and stay alive. Where will your journey take you?

The Flame in the Flood is already available on Steam Early Access for $/€ 19.99, in case you just can't wait; there's a lot more details at the official website.