UPDATED: Ubisoft Denies PC Version ‘Is Held Back’ The Division Will Allow Console Users To Choose Between Better Frame Rate Or Better Lighting

UPDATED 9/2: Ubisoft has denied that the PC version is held back by consoles. The publisher issued an official statement to PCGamesN.

"It has come to our attention that a comment from one of our team members has been perceived by some members of the community to imply the PC version of The Division was 'held back' and this is simply not true. From the beginning, the PC version of The Division was developed from the ground up and we're confident players will enjoy the game and the features this version has to offer. And the feedback from PC players who participated in the recent closed beta supports this."

Some interesting new information regarding The Division surfaced in an interview published on Team Epiphany's YouTube channel. 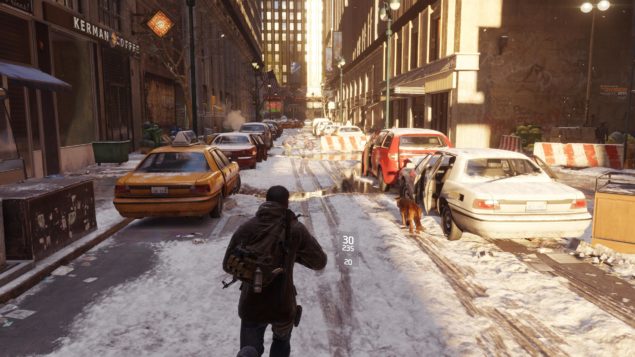 While attending the recent New York City The Division event, they were able to record a chat with one of the developers at Ubisoft Massive. During the Q&A, he confirmed that console users will have the opportunity to choose between better frame rate and better lighting:

It's actually great that we've given the option to disable certain lighting aspects to improve frame rate in the console version, which I don't know if any other game does that. So if you want to choose frame rate over, like, visuals you can if you want.

This is something that's been discussed a lot recently, with more than a few gamers intrigued by having such options on consoles. Still, The Division is not the first game to do that: The Last of Us Remastered, for example, lets you choose between locked 30FPS with higher shadow quality and unlocked frame rate (up to 60FPS) with inferior shadow quality.

There's more. The developer said that there's a lot of stuff the team hopes to push even more going forward with the engine, which has a lot of potential but is still in an early stage.

Then, when asked whether if The Division for PC had been held back by the PlayStation 4 & Xbox One versions, he replied:

It is definitely a factor in it, but one good thing about The Division is we always considered the PC as a separate platform. I've worked on projects before where PC versions are ports from a console, so there are limitations over, but we've always been in the mind that we'll have a dedicated PC build so it hasn't really held it back too much.

We do have to kind of keep it in check with the consoles, to kind of being fair just to push it so far away from them.

The Division launches on March 8 for PC, PlayStation 4 and Xbox One.