Tequila Works: Team on Rime Is Now Even Bigger, It’s Going & Ending Well; Lack of News Wasn’t Due To Us 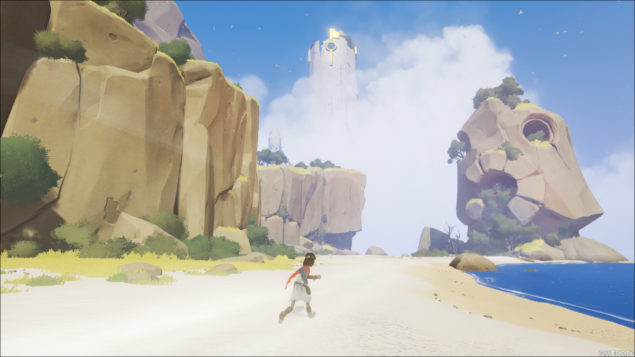 Tequila Works, the Spanish indie studio that created Deadlight for PC and Xbox 360, has been working on Rime in the last few years. Originally a PlayStation 4 exclusive, it garnered a lot of attention due to the stunning reveal trailer at Gamescom 2013.

However, the Unreal Engine 4 powered game disappeared from the news in the last couple years until yesterday, Tequila Works  announced to have bought the rights back from Sony Computer Entertainment.

This means that there's a good chance now to see the game on PC and Xbox One as well. Moreover, Tequila Works' PR Manager Jose Herraez and Creative Director Raul Rubio Munarriz replied to some questions on Twitter about the announcement.

According to Herraez, the development team will be even bigger now.

Creative Director Munarriz, on the other hand, stated that the journey is going well and is ending well.

Herraez also said that the lack of news on Rime for so long wasn't their fault, thus indirectly blaming Sony for this particular matter.

He then added that it will take some time to reveal everything that happened, but this is ultimately good news for Tequila Works.

Finally, he denied the rumor that Sony dumped the game because they didn't make any real progress in three years.

Between the lovely cel-shaded art style and the interesting blend of adventure and puzzle elements within an open world island setting, Rime still remains intriguing. Let's hope to hear more soon from Tequila Works on how it plans to proceed from now on.