A few months ago, Telltale Games announced a partnership with Warner Bros. and DC Comics to create an adventure game on Batman.

The first details were revealed over the weekend, with developers like CEO Kevin Bruner, Executive Producer TQ Jefferson, Writer Pierre Shorette and Creative Director Nick Herman on stage during a panel at SXSW Expo.

No video or screenshots were shared, since Telltale has a story first approach. They did show an image of the first episode's draft, though. 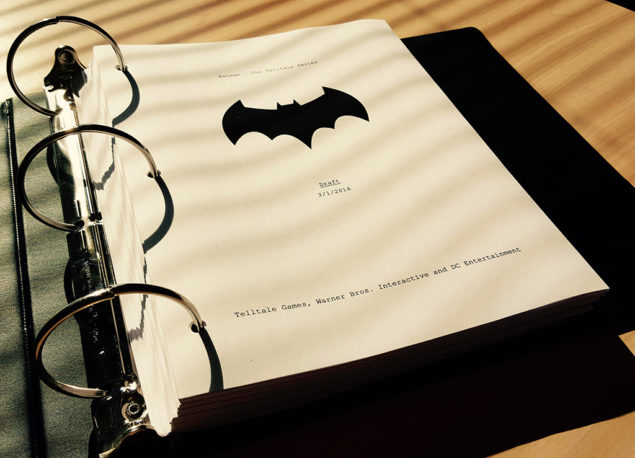 Most of the highlights were reported on an official blog post.

There's more, though. There will be five episodes in total, with the first one scheduled for this summer. Moreover, Telltale promised to debut substantial improvements both to its engine and to the gameplay mechanics with Batman, which is nice to hear since they were both common complaints of previous games released by the developer.

If you want, you can watch the whole archived panel here. Stay tuned for more on Telltale's Batman game.