Microsoft has revived its eighth generation Xbox One video game console quite a few times since its launch. After announcing a Kinect-less version of the console last year, the company temporary slashed the price of the console to $349 during the holiday season, giving a much needed boost to the sales. However, the Xbox One experienced a more important type of upgrade earlier this year when Microsoft decided to release the reserved seventh CPU core of the console for game developers. 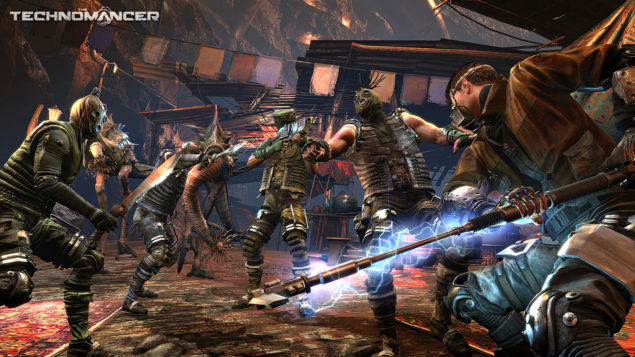 Over the Christmas break last year, some important leaked documents revealed that with November 2014 Xbox One SDK update, Microsoft boosted the gaming performance of the Xbox One and allowed video game developers to gain access to the seventh CPU core of the console that, along with the eighth core, was previously reserved for Kinect and operating system-related tasks. The additional CPU power offers several benefits for games to utilize and perform better on the Xbox One console.

To see if the increased CPU performance is really helping the developers to achieve their targeted goals, GamingBolt talked with Jehanne Rousseau, CEO Spiders; a French video game development studio which is currently working on a new Mars-set post-apocolyptic RPG known as The Technomancer, and asked him how the Xbox One’s seventh CPU core is allowing the development team to add more to their upcoming game. Rousseau replied:

“We are not using it yet but this is only a matter of time! This is very interesting for us to have access to this processor. We will use it to do a part of our computations to smooth the frame rate. In fact we designed our new engine to be very flexible about the number of processors. With mainly in mind the numerous PC designs, but this will also be useful for this 7th processor.”

Microsoft has been pushing things to enable video game developers to deliver game experience to players on Xbox One console that is equivalent to that on the PlayStation 4. A number of major triple A multiplatform games such as Dying Light have performed better on Microsoft’s latest home console reportedly due to the new upgrades that the company has been offering with its software development kit. We still, however, have yet to see if the seventh CPU core and the updated SDKs will help the Xbox One console to sail parallel with the PlayStation 4 in terms of performance.