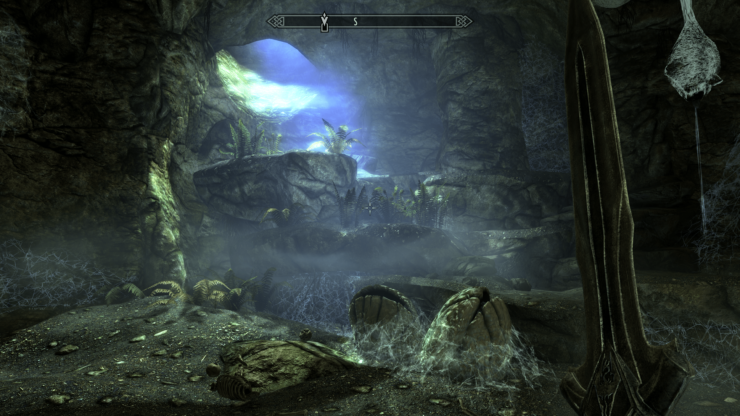 It's now time for some Skyrim Special Edition 4K uncompressed images, captured on PlayStation 4 Pro by early owner Juniper Roth. He also noted that the game runs great and the console is very quiet during the gameplay, probably because it's not as taxing as Uncharted 4.

Skyrim Special Edition is the remastered version of the fifth entry in the Elder Scrolls franchise. Originally released in 2011 to widespread acclaim and incredible sales (according to research firm Electronic Entertainment Design and Research, 22.7 million copies had been sold last year), it is now available once again with a series of improvements such as:

The biggest addition on consoles is undoubtedly mod support, though sadly PlayStation 4 is way more limited than Xbox One in this particular regard due to Sony's policies. However, PlayStation 4 Pro definitely has the graphical edge on console - Skyrim Special Edition is one of a handful games running at native 4K (3840x2160) resolution, one of the others being Elder Scrolls Online, coincidentally.

Our Rosh Kelly recently reviewed the game on the basic PlayStation 4, rating it 7/10 with the following summary:

Despite this, there still is a lot Skyrim Special Edition can offer, from the hundreds of hours newcomers can sink into exploring the world to the DLC packs you may have missed the first time around. Mods can change the game and create more interesting situations and locations then you’ll remember, but Skyrim still suffers the same issues it once did. Repetitive combat weights down on the gameplay while exploration and handcrafted dungeons keep you coming back for more. If you’ve ever played Skyrim, you know exactly what to expect from it, whether or not that is a good thing is entirely up to you.