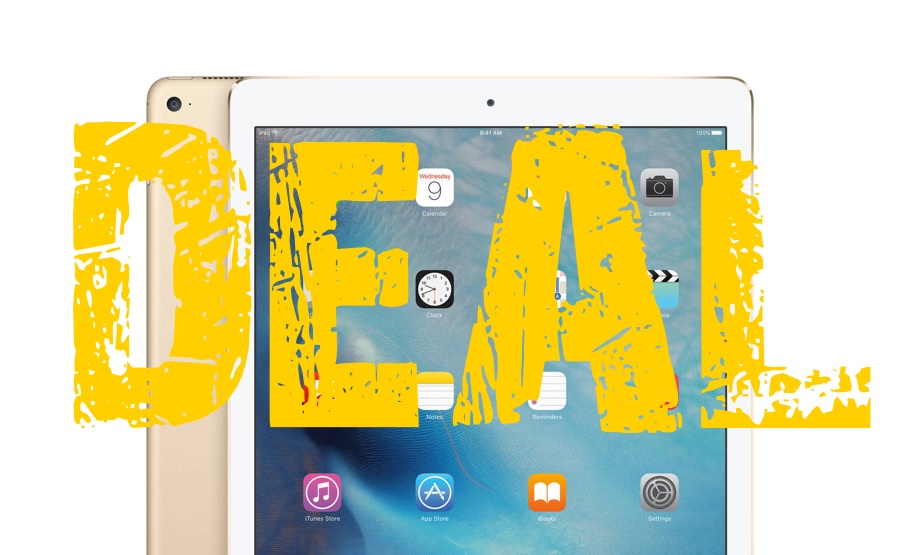 Apple's first-generation 12.9-inch iPad was the first ever 'Pro' tablet from the company. Apart from the massive 12.9-inch Retina display, it packs some serious internals to get some work done such as the A9X processor and 4GB of RAM. It is the first tablet from Apple to support the Apple Pencil as well along with the four-speaker system for excellent audio performance.

Though the first-generation 12.9-inch iPad Pro does not pack cameras as great as its younger brother, but you can expect some decent photos and video to come out from the rear and front facing cameras. There's no optical image stabilization, but software takes care of the jerkiness to a great amount.

The deal on the 12.9-inch iPad Pro tablet we are talking about today features 128GB of internal storage and comes with 4G LTE connectivity as well. This means that you can just pop in a SIM card and you are no longer reliant on WiFi for your data needs. Of course, regular data plan charges apply for your usage. That's not all though, this tablet is fully unlocked so you can switch carriers without worrying about ever being locked out.

How much will this tablet cost you? Well, $700 if you pick it up from anywhere else. But if you hit the link below and head over to eBay, you can have this tablet for just $639. That's a $60 worth of savings straight up!

Even if you don't use this tablet for 'pro' tasks, it even doubles up as a monstrous multimedia consumption machine in a lot of cases. That Retina display really is something!