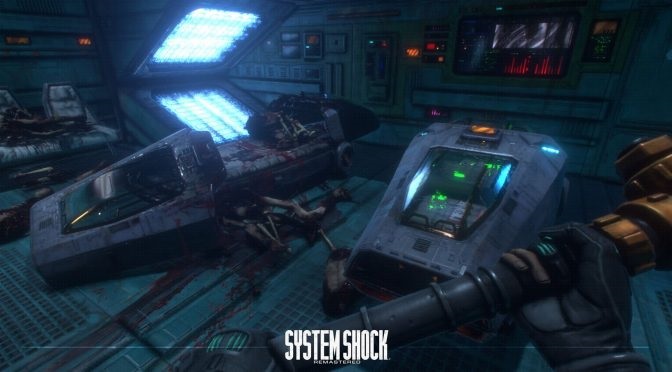 Developer Night Dave is “remastering and re-imagining” System Shock, a first-person shooter action role-playing game that was released way back in 1994 before the gaming industry ever knew of any PlayStation or Xbox. Now being developed with efforts to be presented as a reboot of the franchise rather than just a remaster, the game has no release date right now, but it appears that fans who are waiting to get their hands on the upcoming classic game won’t have to wait for long, as the developer has just released the minimum and recommended PC system requirements for the game.

Last month, Night Dave announced its plans to remaster most critically acclaimed 1994 action game. Originally announced as System Shock Remaster, the studio has now changed the name of the game to simply System Shock, proclaiming that the studio’s vision has changed from remastering the title to rebooting the original game.

"We felt that the amount of passion and resources that we are putting into this game elevated it beyond the expectations that someone would have for a remaster," CEO Stephen Kick said. "This is a full-fledged reboot of a classic game into something new."

System Shock reboot will be funded through a Kickstarter campaign that was recently launched by the developer. Night Dave has just revealed the minimum and recommended PC system requirements for the upcoming game. Seeing that the studio recommends a Core i7 -3770 with 16GB of RAM and a GTX 970, it looks like System Shock reboot will have a lot to offer in terms of technical performance.