Sweeney Admits There’s No Proof of Evil Plan by Microsoft, Proves He’s Not Up To Date On UWP Specifics 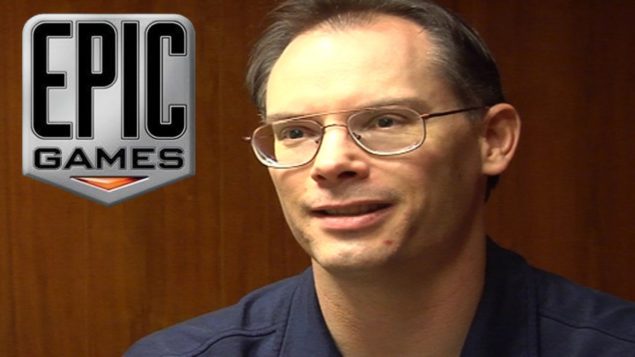 Yesterday, we reported on the unexpected and fierce attack by Epic Games Founder Tim Sweeney against Microsoft's Universal Windows Platform. The legendary game programmer who created the Unreal Engine has published an op-ed on The Guardian's official website, rallying the gaming industry against Microsoft's effort to monopolize game development on PC.

As you're surely aware by now, this opinion piece sparked a huge controversy all over the Web and forced Sweeney to discuss it again. Firstly, in the Newsworthy Polygon podcast he admitted that he has no proof of any evil plan being enacted by Microsoft, only the fear of one.

Microsoft is a black box. I know a lot of people there who are really awesome, smart people who want to do the right thing, but then there are other people there who appear not to be because some of the bad decisions they're making on Windows 10. There is not proof of an evil plan to do this, but just the fear.

Then, he was bombarded on Twitter and to his credit, he replied to a lot of tweets; however, some of his replies didn't exactly help his argument. For example, it seems like he admitted his need to document himself on the difference in openness between Win32 and UWP apps.

@lsobrado Yes, am using Windows 10. Will need a couple days to document the win32 vs UWP develop/deploy/install differences in openness.

That's just the beginning, though. Another UWP developer had to bring him up to speed on several subjects.

@TimSweeneyEpic as im sure you know, uwps are published to appx packages that can then be bootstrapped by an exe, just like msis/setup.exes

@TimSweeneyEpic @bjorndori but they *do* allow win32 apps in the store. That what project centennial is all about.

@TimSweeneyEpic they mentioned it in a blog on feb 25th https://t.co/LsQr1E9zXr, and they've talked about office and ph-shop using it

Project “Centennial” helps bring existing Win32 and .NET-based apps to the Windows Store and is in testing with a set of developers now. We’ll have an early iteration of the tools soon, and then we’ll expand the program and support a broader range of developers.

It goes without saying that proper documentation should have occurred before writing a vitriolic op-ed on one of the most popular publications. But there's more, as the arguments made by the Founder of Epic Games contain a fair degree of inconsistency.

Firstly, he states that the entire PC gaming industry is at risk because UWP adoption could lead to Win32 deprecation; then he adds that Steam, Battle.net and other stores are booming with millions of gamers while Windows Store, so far, is largely unused.

Which one is it, then? Win32 isn't going anywhere and everyone knows that. Even Microsoft itself is still using it and we're nowhere near the position where, his words, "the open win32 Windows experience could be relegated to Enterprise and Developer editions of Windows".

Secondly, there's the walled garden topic. According to Sweeney, UWP applications should be downloaded from the Web:

That any PC Windows user can download and install a UWP application from the web, just as we can do now with win32 applications. No new hassle, no insidious warnings about venturing outside of Microsoft’s walled garden, and no change to Windows’ default settings required.

And yet, no gaming store on PC allows that. Moreover, the argument becomes actually ironic when you consider that Epic released the entire Infinity Blade series as an iOS exclusive, which for many still embodies the definition of a walled garden.

He even maintained, both in his original blog post and on Twitter, that Windows 10 somehow makes it incredibly hard to change default applications.

Microsoft has certainly followed this lead in technically exposing, but practically burying, options that let users escape from its force-bundled services. If you’ve tried to change your Windows 10 search engine, web browser, or movie player, or to turn off their invasive new lock-screen ads, Windows search bar Bing spam, and invasive “analytics”, you know what I’m talking about. It’s a deliberately anti-customer experience: the options are there, but good luck finding them.

@aL3891 I look at how intentionally difficult Windows 10 makes switching to Chrome, and I am sincerely worried about them burying win32.

Except that anyone who barely tried Windows 10 can attest it's just not true. The OS explicitly tells you where to go to change all default applications as you please, and it doesn't take any more than a minute to do so.

While shining a spotlight on a company in a position to even try to enforce a monopoly is never a bad proposition in itself, the truth is that Sweeney's argument is far from iron proof as outlined above, not to mention that there are no legitimate concerns about the Universal Windows Platform ruling the PC ecosystem any time soon. There are far more pressing matters when it comes to the UWP - we've talked about it a lot in the recent weeks, and they might very well plague upcoming Windows Store exclusive releases such as Killer Instinct, Quantum Break and Forza 6 Apex as they did with Gears of War: Ultimate Edition.

If that happened, any chance the Universal Windows Platform might have at garnering the attention of PC gamers might be doomed from the start, let alone burying Win32.

There's clearly something we're missing here. One moment, Sweeney says that Epic has been discussing the matter with Microsoft for the past 18 months, and the other he's happy with Spencer's Twitter response and claims to look forward to hear more at Build.

@MrXBob @donhonk We were discussing UWP privately for 18 months prior to this.

I like the sound of this, and look forward to thorough technical details on UWP's planned openness at //build. https://t.co/9oitPe3DuM

My guess is that there is something going on behind the scenes between Epic and Microsoft and that we're just seeing the tip of the iceberg. Either way, we'll make sure to keep you updated as soon as any further information goes public.