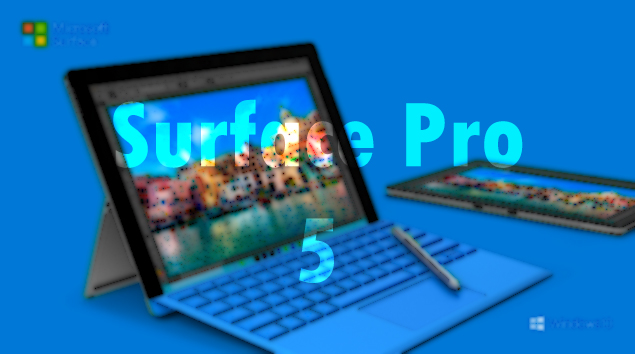 It appears that apart from Surface Book 2, Surface Pro 5 is not going to be coming this year as well, but there should be cause for celebration during 2017 because both machines are going to be announced sporting impressive hardware specifications.

Perhaps one of the reasons why Microsoft is choosing not to launch Surface Pro 5 this year is because there could be some design issues with the machine. If we were to state that Microsoft is holding back the release date because of the new processors, then ASUS managed to unveil its name Transformer 3 Pro and Transformer 3 at the Computex 2016 Trade Show, which are running Intel’s Kaby Lake series of chips, belonging to the company’s Core M lineup:

We expect that the base model of Surface Pro 5 will come outfitted with a Core M chip, followed by Core i5 and i7 variants in the near future. One of the things that will separate Surface Pro 4 and Surface Pro 5 is a higher resolution on the latter. Rumor has it that the upcoming Windows 10 powered slate will feature a 4K display, which will no doubt improve visual quality, but will have tremendous negative ramifications on the overall battery life and we believe that the role of Kaby Lake processors have been made exactly for that; to conserve battery life while being able to take part in several taxing multitasking options.

We also feel that just like its predecessor, Surface Pro 5 will be void of a GPU, since a thin tablet like that will neither possess the thickness nor the proper dissipation method to get rid of heat being generated by an NVIDIA or AMD GPU. A Type-C USB port is also expected to be present on the tablet that will provide the functions of both charging the tablet and transferring data to and from the slate at an alarmingly fast rate.

One thing Microsoft needs to keep in mind is if they release a Surface Pro 5 with another high price tag, then its competition will eventually release cheaper solutions, prompting the consumer to go for them. If Microsoft is to take hold of the Windows 10 tablet market, then selling cheaper products will play a pivotal role in the company’s success. What impressions do you guys have of the upcoming Surface Pro 5? Let us know right away.