Microsoft is set to announce a few products at its event next week in San Francisco. The company is expected to talk about new Lumia smartphones and the highly anticipated Microsoft Surface Pro 4. With the event inching closer, we are looking at more leaks and rumors about the new devices with the latest helping us know the new Surface tablet a bit better. 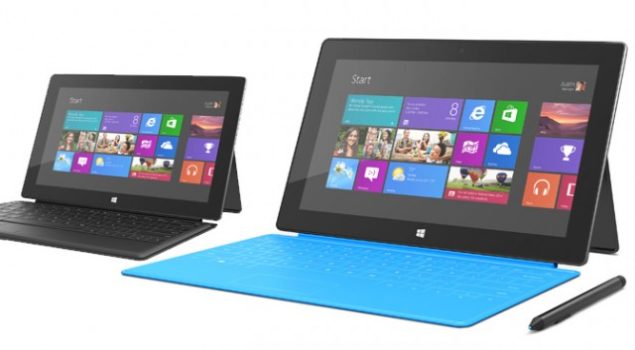 Surface Pro 4 going to be bezel-less?

The latest information around Surface Pro 4 comes through an Arabic site W4pHub, which reports that the upcoming tablet will feature super-thin bezels similar to Dell's XPS 12 ultrabook. While there's no information about the display resolution, the bezel-less look will help Microsoft appeal to prospective consumers with an attractive design. The source claims that the bezels on the new Surface will be almost non-existent on the top and sides and will only be noticeable in the bottom.

Apart from talking about the bezel, or the lack thereof, the site also talks about a feature called "smart frame." This feature will change the size (we aren't kidding!) depending on Windows 10's mode - desktop or tablet. It claims that when the Pro 4 is in desktop mode or has a keyboard attached, the frame will sit at around 13 inches. But, when switched to the tablet mode, it will shrink to 12 inches to help user in holding the devices in their hands. This could likely be a result of the lack of bezels that could create some issues when holding the device in your hands, but the idea of reducing the size seems a bit over the top. While this feature could be very much possible in terms of a software-based approach, but highly unlikely in terms of the tablet physically changing its size, as some are claiming. Duh.

The good news is, there's less than a week to the event and we would know if this "smart frame" is going to be part of the upcoming hybrid from Microsoft.

Earlier rumors had indicated that Microsoft's Surface Pro 4 will be coming with an Intel Skylake on board, which has been termed as the primary reason for the delay in the launch of the product. We have also heard rumors of two variants of the new tablet in two different sizes: an 11 inch and another 14 inch variant. Surface Pro 4 is expected to feature USB Type-C, a massive 16 GB of RAM, 128GB, 256GB, 512GB, and 1TB internal storage options, and Core i7 Skylake processing chips.

Microsoft is holding its event on October 6, Tuesday in San Francisco. Stay tuned to Wccftech for all the latest updates as they keep coming.