The excellent Wii U exclusive game Super Mario Maker has received plenty of additional Event Courses in the past few weeks, which allow players to unlock a variety of special Mystery Mushroom costumes. A new Event Course has been made available earlier today in all regions, a course which rewards players with a Super Mario Land inspired costume upon completion. 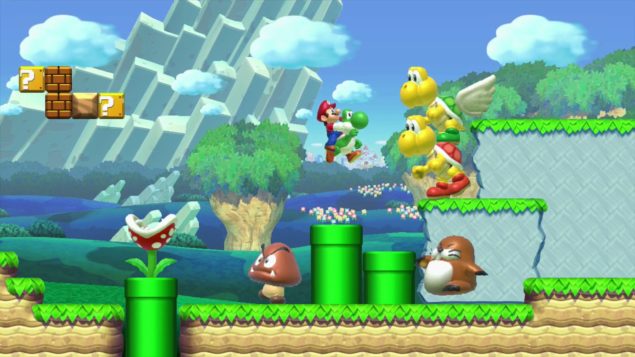 The new Super Mario Maker Event Course is called Southwest Air Adventure and rewards players with the Sky Pop Mario Mystery Mushroom Course. The Sky Pop airplane has originally appeared in the GameBoy classic platform game Super Mario Land and was usable only in a single stage, World 4-3. A new trailer showcasing both the new Event Course and the new Mystery Mushroom costume has been shared online earlier today and you can check it out right below.

Super Mario Maker is one of the more interesting Wii U exclusive games released in recent times. The game allows players to create their own Super Mario Bros courses, with the included level editor allowing them to go wild with their creativity. Once courses have been created, players can share them online with the rest of the world.

The Mario experience of your dreams has arrived and is bursting with creativity... including yours! Play a near-limitless number of intensely creative Super Mario levels from players around the world. It’s easy enough to create your own levels with the Wii U GamePad controller that it may feel like you’re simply sketching out your ideas on paper, but you can now bring enemies and objects into a playable course in ways you could only dream of before. What was impossible in traditional Mario games is now impossibly fun, so let your imagination run wild!