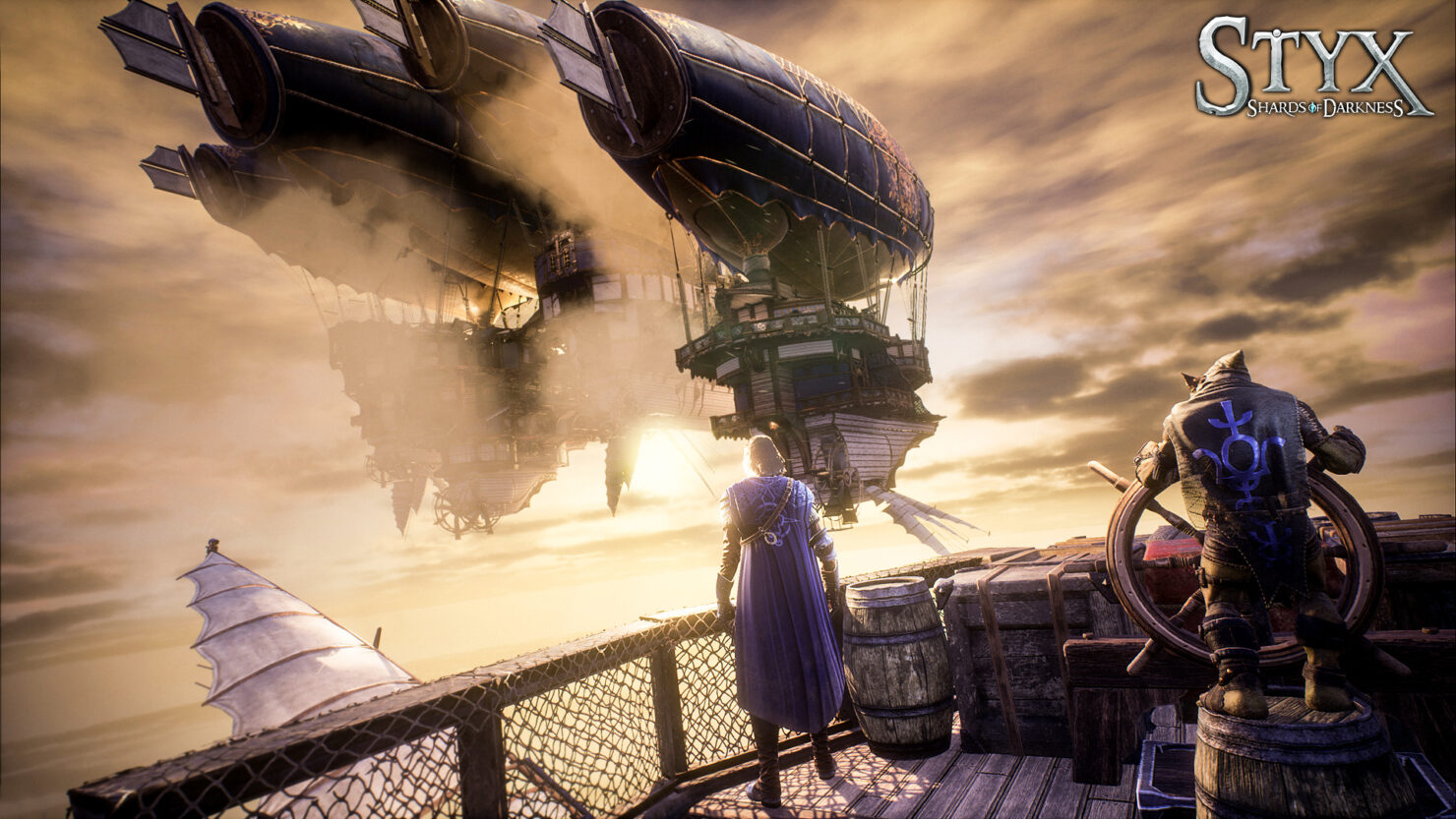 After being delayed to 2017, Cyanide Studios has been showing off more and more of the sequel to Styx: Master of Shadows. Huge airships make an appearance in newly released screenshots for Styx: Shards of Darkness, a dark fantasy stealth action game featuring the titular goblin.

Here we see how our favorite vertically-challenged thief sneaks his way in the heavily fortified Port of Korrangar. Styx needs to steal himself an ambassador's scepter in exchange for a boatload of Amber, an addictive magical substance. Of course, things don't turn out as planned and Styx is dragged into a misadventure of dirty fantasy politics and magic.

Shards of Darkness is running on the Unreal Engine 4 and, by the looks of these new screenshots, is going to be a bigger adventure for Styx this time around. Good thing he has some new Amber powers, like hatching into a clone of himself. Another alternative is to craft deadly traps from materials you pilfered on your quest.

The level design for Shards of Darkness is meant for players to take an open-ended approach with multiple routes to take. The implementation of environmental traps gives you some options in dealing with guards in case sneaking past them just isn't the play you want to make.

This open-ended approach extends beyond Styx himself. This sequel features highly vertical environments, far grander in scale and non-linearity than ever before. Every objective is achievable through many different routes and tactics - from lurking through shadowy depths to unleashing silent attacks from above, how Styx progresses in each mission is entirely up to you.

Styx: Shards of Darkness comes to PlayStation 4, Xbox One, and PC early next year. If you pre-order you'll receive the Akenash armor set DLC, which is the outfit Styx wore in in the first game, Master of Shadows.