Styx: Shards of Darkness Announced, Will Be Powered by Unreal Engine 4 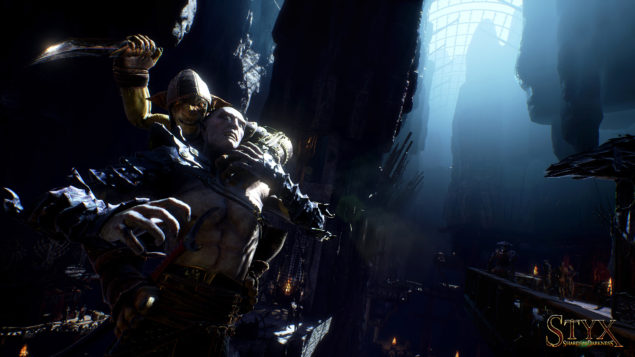 Styx: Masters of Shadows turned out to be a hidden gem, and now this sequel will enjoy a bigger budget, a more complex narrative and fully realized world, according to the press release.

Styx: Shards of Darkness will be powered by Unreal Engine 4 (whereas the first game used Unreal Engine 3), and it has been in development for six months already.

Following the fall of Akenash tower, an extraordinary matter has forced Styx out of hiding to infiltrate Körangar, the city of the Dark Elves. Supposedly impregnable, a diplomatic summit offers Styx a chance at slipping in unnoticed, as he learns that the event is nothing but a mere façade... Moreover, the Elves have joined forces with the Dwarves, and the only thing both races have in common is a mutual hatred of the Goblins...

Embark upon a stealthy adventure with new enemies, new environments, and a plethora of new mechanics aimed at refining the abilities and movement of Styx; grappling around corners, climbing ropes, and using his trusty knife as a zip-wire. Shards of Darkness aims to offer unparalleled freedom of movement, along with refined stealth and assassination mechanics, expanding and improving on the strengths of the previous game.

Styx: Shards of Darkness will release on PC, PlayStation 4 and Xbox One next year; if you want to play the first Styx on PC, there's a huge 66% Steam discount going on until Friday 16, bringing the price down to $/€ 10.19.