Recently we reported on a Medievil rumor, that the game was under development for the PlayStation 4, which unfortunately turned out to be a fan made Unreal Engine 4 demo, created for drawing the attention of Sony to the potential and demand for a new Medievil game. 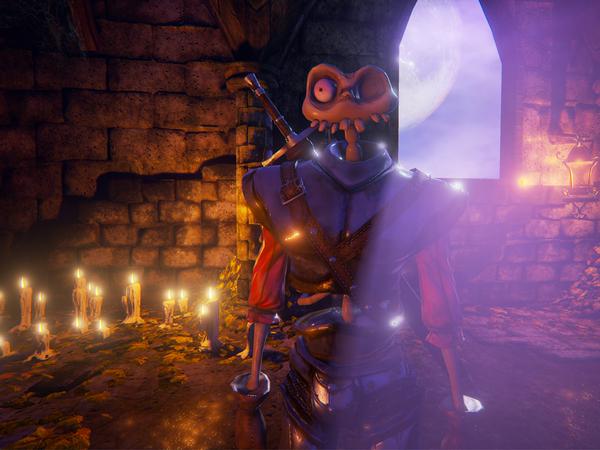 The Unreal Engine 4 demo was developed by Guillermo Moreno, a hugely talented environment artist who has previously worked on a Grim Fandango remake teaser in Unreal Engine 4.

Moreno released the full Unreal Engine 4 video, which can be viewed below:

First of all, we apologize for giving you hopes to see Medievil and Sir Dan Fortesque in PS4, we didn´t try to piss nobody off or to make neogaf or other gaming sites our victims. We can´t deny that we have fun making it, but it was made out of love for this and other characters from great franchises. We try to catch Sony´s attention and make them understand that lots of people loves this old IPs, and we couldn´t imagine that the response will be so overwhelming. Take this as a wake up call and a mere and humble request to bring them back.

Even though this turned out to be a fan-made project, it certainly looks incredible. Sir Daniel Fortesque, the main protagonist of MediEvil, looks quite appealing, as much as he did in the original PlayStation title, and I would bet that a lot of fans would love to experience a new adventure in the Medievil series. The environment looks beautiful and captures the feel of the original perfectly.

The huge potential of the Unreal Engine 4 in recreating gorgeous environments shines through, and the detail present on the character model of Sir Daniel Fortesque is simply stunning.

Lets hope that this at least peaks Sony's interest, and they do consider rebooting the franchise. We will bring you any new information on the Medievil Unreal Engine 4 project as soon as it becomes available. Be sure to check out our previous Unreal Engine 4 coverage for more, here and here.