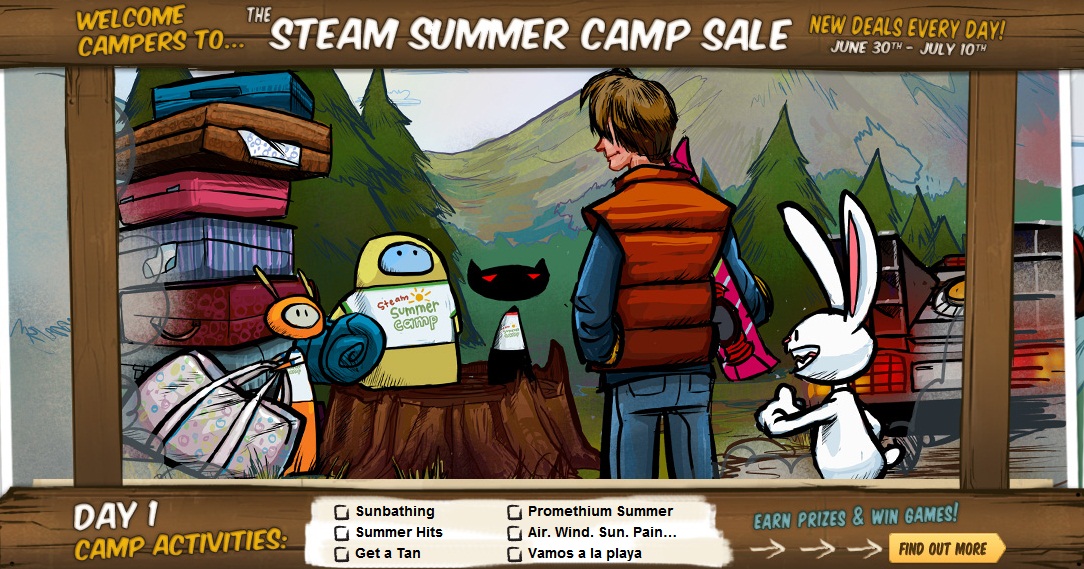 We reported earlier this morning that Steam would be starting its Summer Deals today over here. Well Great news for all Steam users as the deals have already started and both the Application an Steam Webpage have been updated with tons of new games available at great discounts. Steam announces such mega deals twice annually, Once in Winter in the form of Christmas Sales and one like the recent one is part of Summer Deals.

You can get Complete Info on the games included in the bundles by clicking the title, For more Details go to STEAM.

Do Check out the Deals Below which shows some great single titles available at dirt cheap prices.

Following are the list of Deals available on the first day of Summer Camp Sale on Steam, You can get detailed info by clicking on the title of the featured game:

More games can be found on the STEAM official webpage. Also keep checking the site for updates each day.