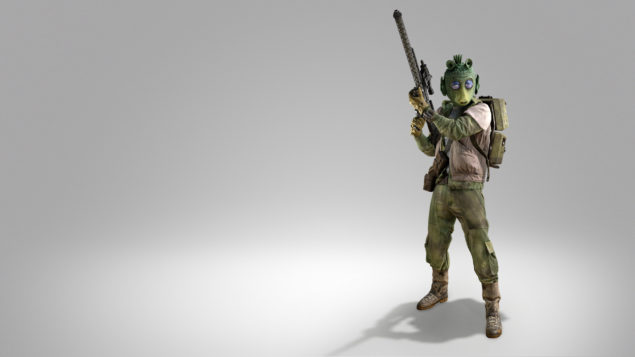 Although both characters are new, fans of the game have been criticizing EA DICE for including characters that haven't exactly been newly created. Both the Sullustian and Rodian race models already exist within Battlefront, and some might argue that including Greedo and Nien Nunb is merely of matter of creating new costumes.

On Twitter, a fan of the game called including the 'new' characters "a waste of time", after which Brännvall replied that not including both characters, would be a waste. In return, Brännvall was asked whether he admitted that he had been "lazy".

@alex840 We actually felt that the opposite would be a waste!

Battlefront's lead designer seemed offended by the reply, after which he stated that he's working around 70 hours a week. Who's being lazy now?

Later on, Brännvall apologized for reacting the way he did. According the lead designer, it was nothing personal, but he takes offense when the team gets called lazy while they are all working really hard.

@AvatarRuff @A7ZATRU @AndrewOrmerod1 Not complaining at all, I love what I do and it's an amazing honor to work on this franchise.

Brännvall adds that he loves his work, and that it's an amazing honor to work on the Battlefront franchise.

Alongside new maps and characters, the upcoming Outer Rim expansion will feature a new 'extraction' mode, in which the Rebels must bring a shipment of resources to their transport ship before time runs out. New weapons will also be included in the new DLC.

Star Wars Battlefront is now available on PC, PlayStation 4 and Xbox One in all regions. The Outer Rim DLC pack has yet to be dated. We will keep you updated when we learn more.