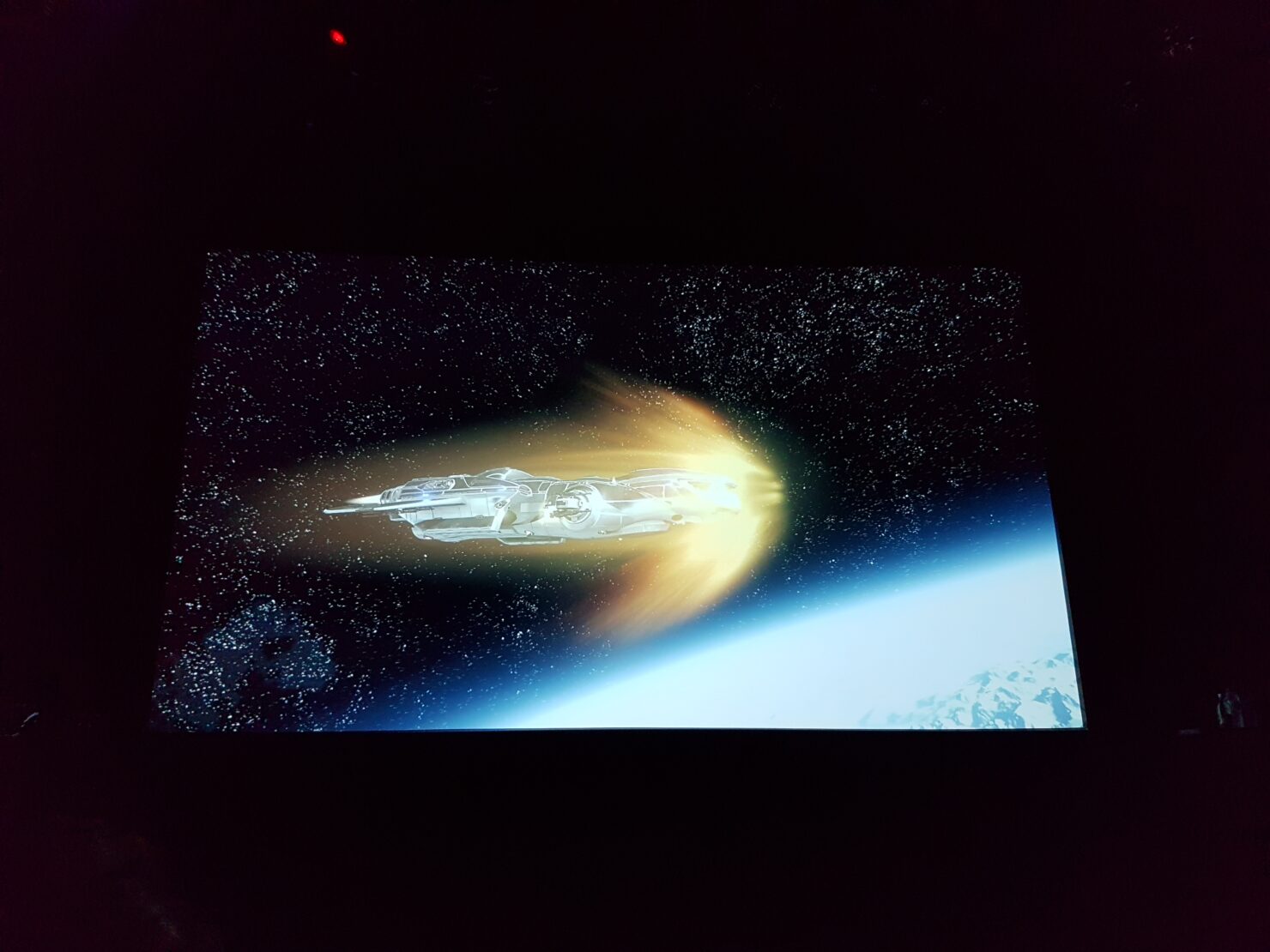 Well folks, despite talk of a downplayed Gamescom for Star Citizen, the little space sim that could just keeps on trucking. Your correspondent was there in person to experience the full demonstration from the front row. Despite a slightly late start, we had a ton to see during the event.

In the coming posts and days, we'll delve a little deeper into the various aspects of the Star Citizen livestream presentation, but this was a big one. First, the (widely available) details on the upcoming 2.5 version which is available now on the test universe servers and due imminently to all backers, likely in the next week or so.

The next major milestone launching with 2.5 is the new spawning location for players of an *ahem* slightly less lawful inclination of Grim Hex. This is the spawning location for players with a wanted reputation in the persistent universe from 2.5 and beyond. The details is impressive and it's clear that the new location has also benefitted from some of the new graphical features which CIG have implemented in 2.5 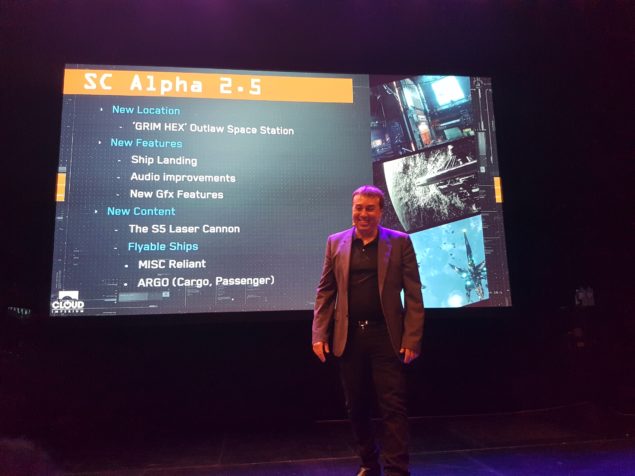 Additional to Grim Hex, numerous bug fixes and other optimisations, there are also 2 new flyable ships in 2.5, these being the MISC Reliant which is an introductory level cargo ship and the ARGO, billed as a utility ship for some of the larger capital ships for shuttling people and cargo between space bound ships and planetary locations. The Argo itself is not capable of quantum drive or jumping between distant locations in system or different systems so it is really only useful as an add on ship for those who have some of the larger ships or if you plan on making money ferrying people and cargo between close locations in system. 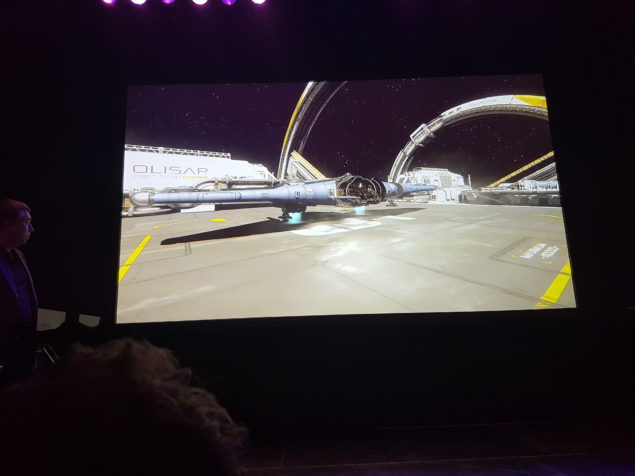 Yes, what has been hinted at, alluded to, rumoured and denied is coming. Star Marine, Star Citizen's long awaited FPS combat arena environment is coming to Star Citizen! To huge applause, Chris stood in front of the following slides.

Detractors have pointed to Star Marine's delay for a long time as a sign that the game is on the rocks, well that won't be something that can be pointed to any longer as (despite the rudimentary mechanics of FPS already being in game in the persistent universe) the dedicated first person shooter arena of the game (possibly Gold Horizon, see our previous piece on that here) is scheduled to be released to the community at last with version 2.6 (current live version available to backers, 2.4, current test version available to early testing backers, 2.5).

Also coming in 2.6 is an improved release of the currently available Arena Commander module. Arena Commander is the in universe "game within a game" where pilots who want to just jump in a ship and have some combat without risking losing ships, spending ammo etc can just jump in and play without the "real world" (main game) impacts of playing Star Citizen. Arena Commander currently allows for a variety of game modes including a kill everything, team battle, coop battle vs AI, racing and free flight modules. 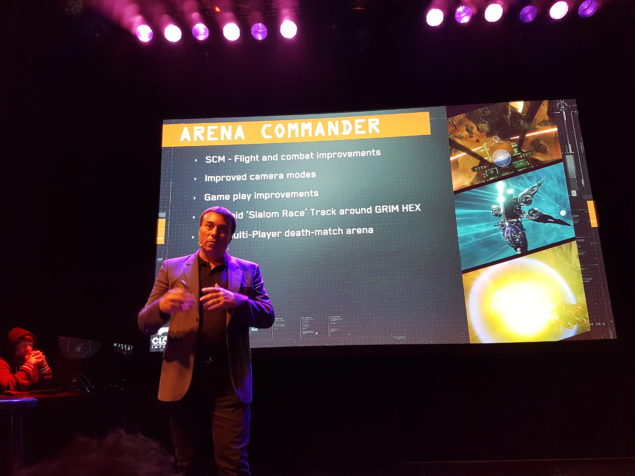 Additional ships which will be flyable coming in 2.6 are announced to be the Drake Herald and the Aegis Vanguard Hoplite Drop Ship which is a variant on the normal Vanguard that we learned will be used in Squadron 42, seemingly confirming that Squadron 42 may have some FPS elements to the game, another point which has been rumoured by detractors to have been dropped. 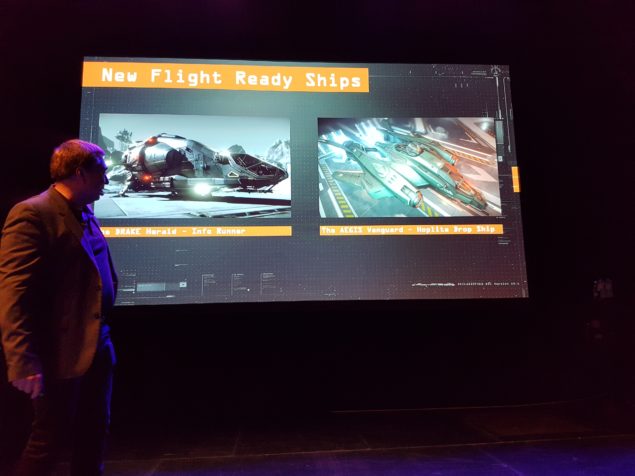 Star Citizen beyond 2.6 will be billed as Star Citizen Alpha 3.0 and this isn't just some random jump in numbering schemes. 3.0 will be huge and massively fleshes out the existing game as it stands today. In addition to further details from 2.5 and 2.6 that have yet to be seen by many backers, 3.0 hugely moves things forward including a huge number of new locations (apparently some 300 odd in total) all within the existing Stanton system. New mission types, play styles, flight modes, professions, AI, netcode, mission systems, item systems and of course ships will come online with 3.0. 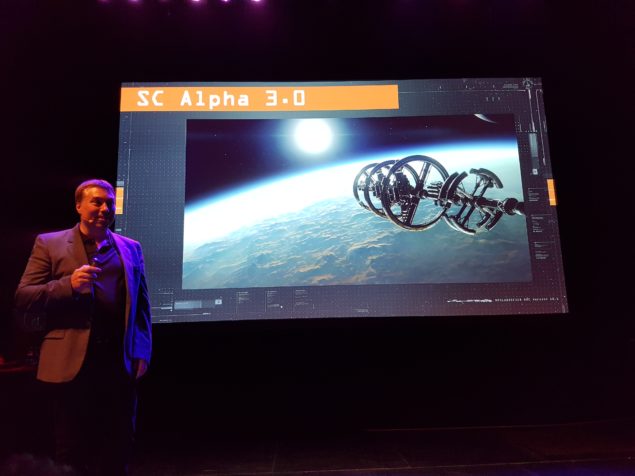 In addition to the above, we saw a played through demo of some missions in 3.0 which demonstrated much of the above, although the new AI and item systems were not yet implemented, they are expected to be more visible at the CitizenCon demo later on this year, along with some further details on the Squadron 42 single player campaign in the vein of Wing Commander which fans of Chris Roberts have many fond memories of.

Still, although not all of these systems were implemented in the game demo of 3.0, numerous new systems were on display, including planets, atmospheric flight, new missions and locations, ground vehicles and FPS mechanics, planetary landings and more.

I'll be writing more in depth details with feedback from the CIG team in the coming days on the new systems around the presentation itself.

Feel free to check out the entire presentation here:

Keep it tuned here for more detail and in depth analysis of the Star Citizen GamesCom presentation.