Stadia Will Destroy Your Data Cap, Uses Over 7GB Per Hour at 1080p, Much More at 4K 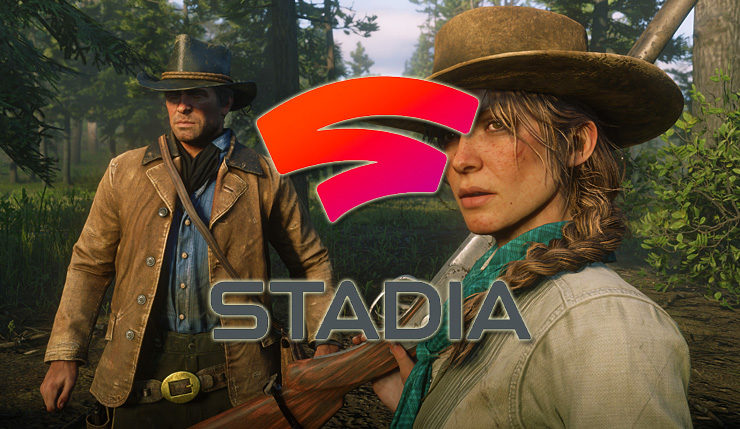 Is streaming games with Stadia feasible if, like most people, your Internet plan still comes with a data cap? Google would like you to think it’s no problem, but the reality is a bit different. Some Stadia early adopters, including the folks at VentureBeat, have been doing some testing since the platform launched yesterday, and have found even 1080p streaming could easily destroy the average data cap. Of course, 4K is even worse.

VentureBeat tested with Red Dead Redemption 2 running at 1080p at 60fps, and found streaming the game consumed about 119MB of data per minute. That adds up to around 7.14GB per hour. VentureBeat were unable to test how much a 4K stream gobbles up, but you’re streaming four times as many pixels as 1080p, so the number's going to be significantly higher. Google itself warns Stadia can use up to 20GB of data per hour, but if RDR2 is using 7GB at 1080p, streaming some games at 4K could conceivably consume more than 20GB. For the sake of comparison, Netflix uses around 3GB when streaming in HD and 7GB per hour for 4K.

Now, here’s where the math really gets interesting – Red Dead Redemption 2 takes around 40 to 50 hours to beat, and given the 7GB of data it uses per hour, just finishing the game’s main story will consume between 280 and 350GB of data. Double that if you want to round up all the sidequests! And, again, this is for 1080p streaming – double or triple that number again if you want to stream in 4K! So yeah, suddenly the 150GB download required when you buy the game traditionally doesn’t sound so bad, does it?

I don’t know that there’s much Google could have done about Stadia’s data usage. Streaming games consumes a lot of data, plain and simple. That said, this really underlines that Stadia and other game streaming services are really still only for a niche audience at this point. Ironically, what ought to be Stadia’s core audience – thrifty types who don’t want to spend money on hardware – will likely be the most put off by the platform’s data requirements.

What do you think? Is Stadia’s data consumption a deal breaker for you? Or are data caps no longer a concern for you?