While Final Fantasy XV was clearly the star of Square Enix's Gamescom 2016 booth, the Japanese publisher had plenty of other games available for play. After my hands-on session with Final Fantasy XV was done, I gave my attention to some of the other titles that will hit PlayStation consoles in the next few months.

The first title I tried is Final Fantasy XII: The Zodiac Age, the long anticipated HD remaster of the now classic Japanese role playing game originally released on PlayStation 2. The Gamescom 2016 demo of the game was set in one of the game's relatively early areas, the Lhusu Mines, allowing players to explore around a bit and fight some enemies. Unfortunately, the demo didn't allow players to access the menu, so I was forced to play through the demo with a predetermined set of Gambits without being able to even just check the new License Board, things that took some of the fun away. Despite this, the game is as fun as it was on PlayStation 2, with a solid 30 FPS performance with no drops even with multiple spells flying around and enhanced graphics. There isn't much else to say: Final Fantasy XII: The Zodiac Age is still Final Fantasy XII at its core, so those who didn't like the experience on PlayStation 2 will hardly change their opinion with the sharper look the game will sport starting in a few months. Final Fantasy XII: The Zodiac Age isn't the only HD remaster hitting PlayStation 4 in the future, as the Japanese company is also going to launch Kingdom Hearts 2.8 Final Chapter Prologue, which includes the remastered version of Kingdom Hearts Dream Drop Distance and a new playable segment featuring Aqua called Kingdom Hearts 0.2 Birth by Sleep–A Fragmentary Passage.  During Gamescom 2016, Square Enix opted to focus on the new segment starring Aqua, allowing attendees to try it out before releases. Quite surprisingly, Kingdom Hearts 0.2 Birth by Sleep–A Fragmentary Passage plays more like the first two entries of the series, especially Kingdom Hearts 2, than Birth By Sleep or Dream Drop Distance,seemingly doing away with the Command system featured in these two games. In the new segment, Aqua controls pretty much like Sora does in the older games, with players having the ability to attack and use spells by selecting them from the menu, with some shortcuts that make it possible to use them without having to go through the menus, parrying and dodging attack and so on. In all honesty, I wasn't very impressed with this new playable segment: controls aren't as smooth as in the older Kingdom Hearts game, and everything generally felt very uninspired. It's just an additional segment, true, but it may not be a very good incentive for those who are still on the fence about this third Kingdom Hearts series HD collection. 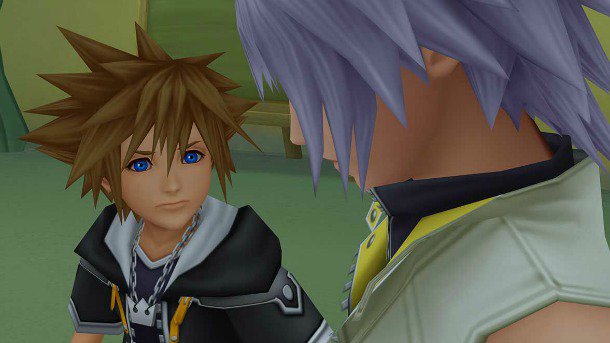 With Final Fantasy XV and Final Fantasy XII: The Zodiac Age being anything but traditional Japanese Role Playing Games, it was up to World of Final Fantasy to show that the Japanese publisher still knows how to make them. The PlayStation 4 and PlayStation Vita game offers a classic feel which is evident as soon as it begins, with a rather cutesy style that makes it more suited for a younger audience. The demo was definitely short, but it seems like World of Final Fantasy will offer plenty of depth even for more seasoned JRPG veterans, with the monster raising mechanic probably being the highlight of the whole game. The battle system, featuring the classic Final Fantasy side view camera, did feel a tad too slow for my tastes, but this probably had to do with the fact that I did not have enough time to set my party up properly. Everything considered, it might be the most surprising title coming from the publisher in the near future. Lastly, I had the chance to also try out Dragon Quest Builders, a game many thought would never get released in the West. The upcoming spin-off game offers a very interesting experience which combines crafting features ala Minecraft with the classic charm of the Dragon Quest series. While everything generally works well, not counting combat, which feels a bit stiff, it will be interesting to see if Dragon Quest Builders will be able to catch the attention of the huge Western Minecraft audience. The charm is definitely there. 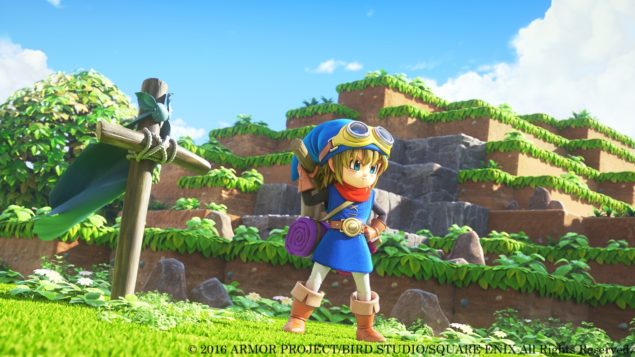 Even though it wasn't in the Square Enix booth, I also managed to have a quick hands-on session with Dragon Quest VII: Fragments of the Forgotten Past, the Nintendo 3DS remake of the original PlayStation role playing game. The many changes that have been made to the original game make it feel more like later entries of the series, especially during combat with visible characters, so fans of Dragon Quest VIII and IX will definitely appreciate it. The demo, unfortunately, was only available in German, so I wasn't able to delve too deep into it, but it's pretty clear that fans of classic role playing games will find plenty to like in it. The 3D effect was also looking nice, so the game is setting out to become one of the best 2016 3DS role playing games. Not an easy feat, considering how many high quality RPGs have been released on Nintendo's handheld console this year.