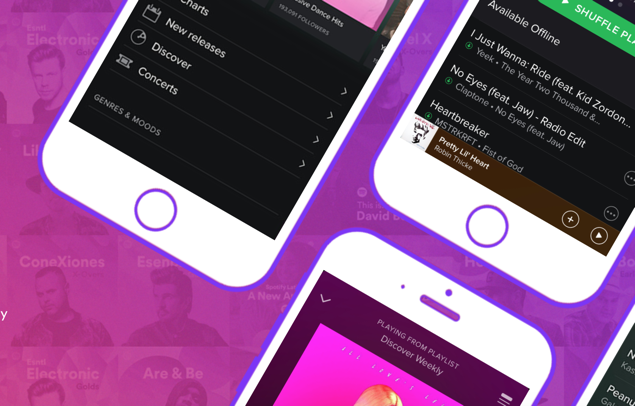 Spotify just beefed up its family plan offering, allowing up to six accounts to operate under one umbrella for an amazing price of just $14.99.

Ever since Apple launched its music streaming service, it caused quite a bit of concern for already-existing players in the market, especially Google Play Music and Spotify. But over time, it turned out Apple Music didn't really make a dent in the music streaming space the Cupertino giant originally hoped for. Nonetheless, millions of users signed up, with the number set to grow in the coming months, triggering an obvious reaction from the competition, doing all they can to make sure that their user base stays loyal to them no matter what.

Today, Spotify has taken a bold step, and has unleashed a revised family plan, which not only matches Apple Music but beats it in terms of value as well. So, what do you get with Spotify's new family plan? Here are the details straight from Spotify itself:

-Separate accounts. Everyone gets their own account with their own playlists, saved music and personal recommendations.

-Premium for everyone. Everyone on the plan gets the full Spotify Premium experience. Listen offline to more than 30 million songs. Play any song, anytime, on any device. No restrictions. No ads.

-Better pricing. Music at your fingertips has never been cheaper for up to 6 people — all collected on a single bill.

All of the above mentioned goodness is available for a price of just $14.99 a month, same as Apple Music. But that's not all, it even matches Apple Music's family plan limit of having six accounts under one umbrella as well.

Previously, one had to pony up $29.99 a month to avail Spotify's family plan. And the good news for existing family plan users is that they will be upgraded to the new features and pricing tier immediately, so you can rest assured you'll stay up to date without doing anything at all.

The new family plan is available today globally in all those countries where Spotify is currently available. If you have an individual plan at hand and are wondering to upgrade to a family plan (because why not?) then you can find out all the details by heading over to this link. There's no need to hesitate since the pricing is not for a limited period of time.