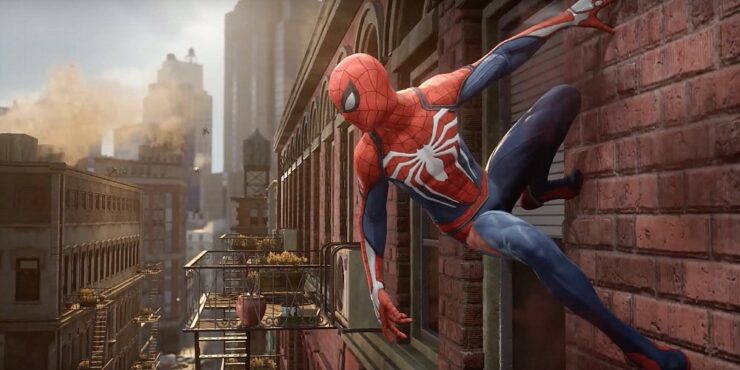 Learn a bit more of what your friendly neighborhood Spider-Man might be up to. Details about Spider-Man PS4 emerged in an IMDB listing.

ComicsBeat were the first to notice the listing and reported on it. The game will star veteran voice actor Yuri Lowenthal, who's best known for being the voice of Sasuke Uchiha in Naruto and Ben Tennyson in Ben-10.

The plot details for Spider-Man PS4 were discovered in an IMDB listing; they have been since removed, but it was already too late.

It looks like the game deals with an older Peter Parker, who's married with a kid and faces off against his arch-rival, the Green Goblin. We also know that Spider-Man will be voiced by Yuri Lowenthal, who worked on many games like Fallout 4, Mad Max, Star Wars Battlefront, Uncharted 4: A Thief's End, Hitman, Halo 5: Guardians among others. 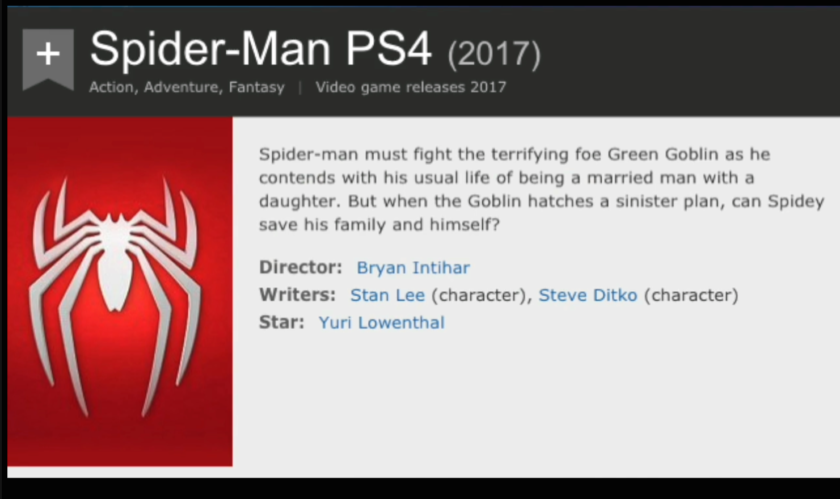 If the listing is to be believed, then chances are the daughter could be Annie Parker who's appeared in The Amazing Spiderman Renew Your Vows #4 written by Dan Slott. This was during Marvel's Secret Wars event, where Annie herself had powers which allowed her to take on the super-hero killing despot Regent.

Spider-Man is being developed by Insomniac, so there's a good chance they might do something a little different this time around. Marvel Entertainment Creative Director Bill Rosemann did an interview where he mentioned why Spidey's costume looks different.

But one thing I can say now is that extensive thought was applied from the top of his mask to the bottom of his feet. We know how much people love Spider-Man and his costume. In my opinion, it’s the best-designed super hero costume of all-time. If you’re going to alter it, you have to understand what the original design achieved and be very thoughtful and have a reason for everything. Another thing I want to say is that Insomniac and Marvel are known as great storytellers, and there is story behind everything in the game, and as the months go on, we will dig into all of that.

If these rumors are true, you can expect Spider-Man PS4 is expected to swing onto the console sometime later this year.