Speed Test Comparison: iPhone 7 vs iPhone 7 Plus vs Every Other iPhone 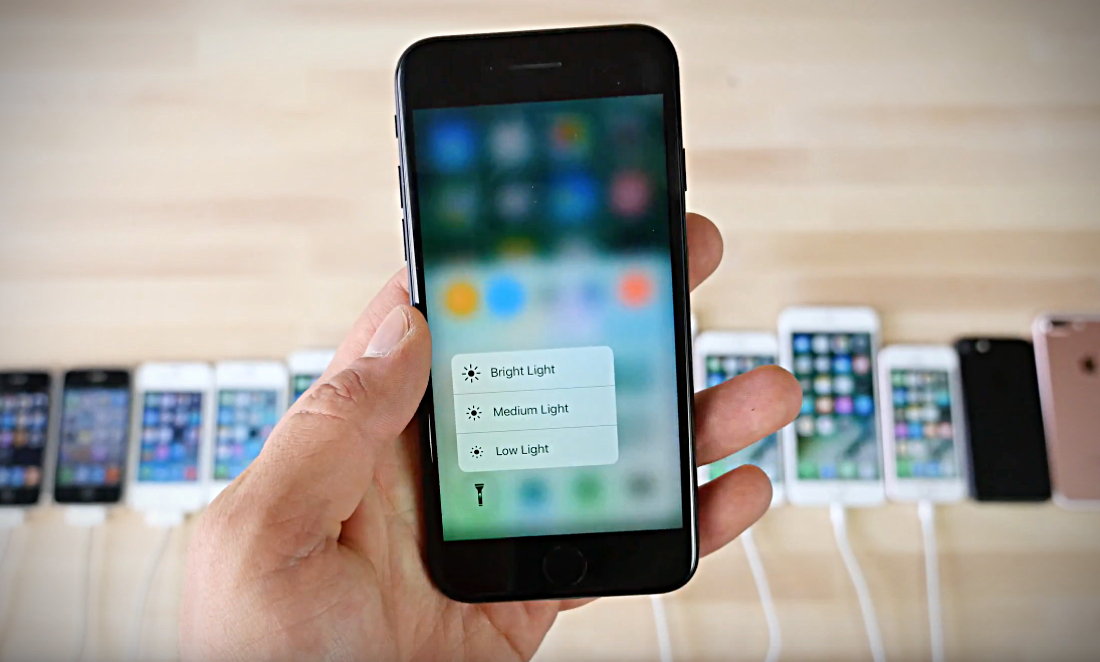 The ultimate speed test comparison between iPhone 7, iPhone 7 Plus, iPhone 6s, iPhone 6s Plus and every other iPhone model Apple has ever made has surfaced.

The iPhone 6s and 6s Plus were pretty powerful smartphones when they came out last year. In fact, it made everyone wonder how Apple can push the credentials even further in the speed department with their next device. Fast forward to this day and we have the iPhone 7 and iPhone 7 Plus. Both smartphones obliterate every previous iPhone model in terms of speed, as demonstrated in a newly published video on YouTube by EverythingApplePro.

Take a look below and see for yourself where the iPhone 7 and iPhone 7 Plus stand against every other iPhone ever released by Apple.

It's amazing how far Apple has come when we talk about speed. Though the company always had a knack of creating devices that are 'thinner, lighter and faster,' but this year things sit more on the 'faster' side of the side only.

In terms of design, the iPhone 7 and iPhone 7 Plus aren't that different from its immediate two predecessors - the iPhone 6 and iPhone 6s. Apple took the liberty to refine its already perfected smartphone design and made significant gains in the speed department, as you saw in the video above.

Rather than going ahead with a dual-core or a full-blown quad-core chip this time, Apple adopted the big.LITTLE formula in its new SoC, the A10 Fusion. Two large cores dedicated to intensive tasks and two smaller, efficient ones to keep things rolling nicely while also conserving battery life. It just remains to be seen whether or not Apple will carry over this formula to its tablet lineup as well. Given how much focus Apple has diverted towards that lineup though, we have a hunch the Cupertino company will go ahead with its plans some time in the future.

Generally speaking, it's remarkable how far mobile devices have come in terms of raw power. It was just a few years back we were only dreaming about playing console-like games on our handhelds. But thanks to the sudden advancements in microprocessor technologies, that far-fetched dream has turned into a reality overnight.

At this point in time, it makes us wonder how powerful our mobile devices will actually become. Will they completely turn into PC replacements, or is that notion absolutely gibberish?