Today is a historic day. Elon Musk's privately owned company SpaceX has just highhandedly ushered in a new era of spaceflight by successfully landing a rocket vertically. VTOL (Vertical Take Off and Landing) rockets have long been a concept in the field of science but have always been shelved due to their complex nature making them impractical to design and actually deploy. For the first time in history - SpaceX has manged to land a rocket vertically not far from where it took off. 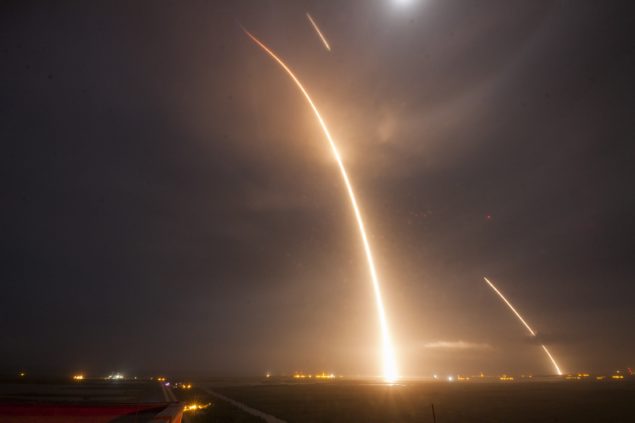 The launch and landing trails blazed by the Falcon9 rocket during the historic launch. @Public Domain

The image shown above is a historical treasure in its own right - it is probably the only long exposure shot to capture the take off and landing of a rocket in one frame. Both stages of the rocket including the satellite payload took off and entered space at the periphery of the picture. The Stage 1 locket then blazed a trail back to Earth.

The rocket launched from Cape Canaveral Air Force station on 8:29 PM Eastern Time and achieved successful ignition and launch. It soon accelerated to speeds upwards of 4000km/h and the second stage of the Falcon9 rocket disengaged from the first stage in space – carrying the ORBCOMM-2 satellite payload. The re-ignition stage of the Merlin engine in the Stage 2 portion of the rocket was something just as important as the landing of Stage 1. 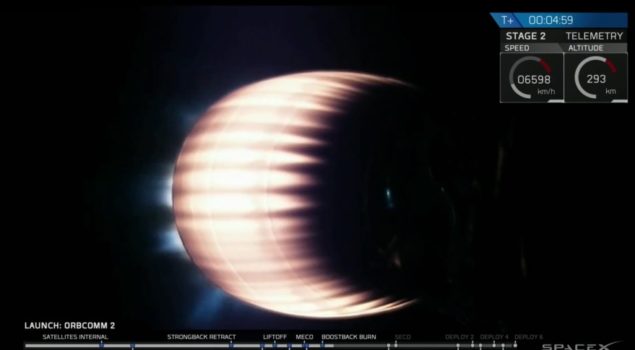 The Merlin engine Re-Ignites - A critical moment for SpaceX

This is because it is the Merlin engine's job to actually deposit the payload to Geosynchronous orbit. This is the task which companies like NASA and other business will pay SpaceX to perform.  While orbit might seem like an easy thing to achieve - it is actually very difficult. Contrary to popular belief, reaching space is easier (relative to achieving orbit). As the classical saying goes - orbit is moving fast enough that the curvature of earth falls away as you fall continuously downwards.

Stage 1 of the rocket then began its ascent back to the surface, and initiated a backburn boost (using 3 of its 8 engines) to slow its descent down to acceptable levels.  All this ended by a successful vertical landing on the designated landing pad. This is not only a big day for SpaceX – which has been marred by failed launches and landings in the past – but for the general space industry as well. By successfully recovering the 1st Stage of the rocket on every launch millions of dollars of cost will be shaved off for prospective customers like NASA and other private businesses.  It is worth noting here that Blue Origin claimed a successful rocket launch and landing in the past month but as the SpaceX team noted, the rocket was not capable of reaching space - let alone orbit.

Here is a video of the full proceedings of Falcon9 take off and landing:

Here is a short clip of just the landing: