Ellon Musk and SpaceX have been making quite a bit of advancements on the aerospace front recently, with the Falcon 9's historic landing in the Atlantic this month making headlines. With the landing, SpaceX hopes to cut down space travel significantly and reduce the cost of delivering supplies to the International Space Station. Today however, the startup has won a major contract with the U.S Air Force mostly due to its low costs.

When it comes to SpaceX, Elon Musk's goal is simple. He wants to make space travel as cheap as possible, in order to increase corporate and individual extraterrestrial access. To that end, SpaceX has made several critical advancements, particularly in the form of the historic Falcon 9 landing this April.

The Falcon 9 and its accompanying Dragon 9 capsule, the bit that actually made it outside the Ozone layer, delivered key supplies to astronauts on the ISS alongside some research materials for pharmaceuticals. This time however, its the U.S Airforce that will be using the company's low cost solutions, in the form of a GPS satellite launch.

The USAF awarded SpaceX a $83 million contract to launch a GPS satellite this May, which ends up ending a long time monopoly the United Launch Alliance, composed of Lockheed Martin and Boeing, has on military launches. The ULA did not compete for the launch contract either, citing various issues including import restrictions and accounting issues. 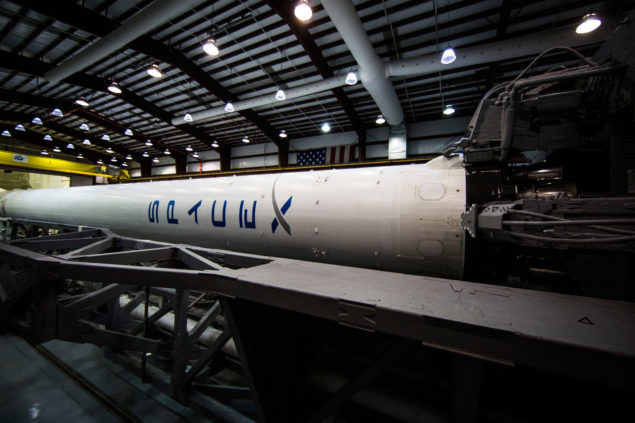 According to Lt. General Samuel Greaves, the awarded price for this mission is 40% cheaper than government estimates, which marks quite a bit of savings indeed. "This GPS III Launch Services contract award achieves a balance between mission success, meeting operational needs, lowering launch costs, and reintroducing competition for National Security Space missions," said Greaves in a statement.

SpaceX's win doesn't mean that things are over for the ULA completely, who intends to provide the company some stiff competition of its own. It plans to cut down a significant chunk of its workforce to meet SpaceX's low costs, which should spark outcries from several quarters. It's a historic win for SpaceX and Musk, who inch slowly towards their target of making space travel affordable one day.

To that end, Musk also intends to send a unmanned Dragon craft to Mars by 2018, which should mark another front for him and SpaceX to make interplanetary travel affordable and perhaps accessible to the masses. But that's a big 'if' and for now, we'll settle with the Air Force contract. Thoughts? Let us know what you think in the comments section below and stay tuned for the latest.