The Apple Watch does quite a lot, although at the same time, there's quite a lot it doesn't do. Compared with most other smart watches, it offers a rich, feature-heavy experience that trumps its competitors, but among those who've jumped on the device so early in the day, there are more than just a few who are struggling to find real, day-to-day use from it. If you're a music fan, though, you may be interested in the latest update to the SoundCloud app, which takes the key features of the user-submitted music network app and slaps them onto your wrist.

The past week has seen a host of popular iOS apps spread their wings to include Apple Watch support. Late last week, Feedly--the very popular RSS app--was given a timely bump that brought updates to the gadget, and now it's SoundCloud's turn to oblige.

Since most people don't own Bluetooth headphones, it's going to take a while for Apple Watch to be viewed as a credible device for music playback. But with Pandora and now the SoundCloud app porting some of their features to the wearable, we could soon see a shift in this mentality. 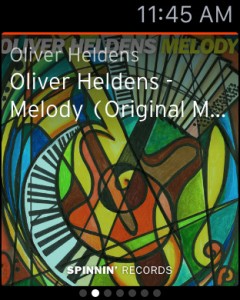 Here's the official changelog for version 3.9.1 of the SoundCloud app:

Having seen some of the comments since the Apple Watch arrived, the consensus seems to be one of dismay that a separate pair of headphones must be purchased in order to listen to music. However, the speaker on the device does not seem cut out for functions beyond the simplicities of making calls or interacting with the Siri voice assistant, and besides, I personally couldn't think of anything more grating than overhearing people play music through a smartwatch. 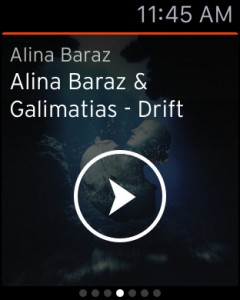 With regards to SoundCloud for Apple Watch, there's not a great deal to tell, but that's probably a good thing. The developers of this app have kept the Watch's feature set fairly simple and to-the-point, taking care so as not to overload an already-limited device with stuff it simply doesn't need. As such, you can play, pause and skip songs through Apple Watch, as well as view album art and 'like' tracks as you listen to them.

In essence, it simply reduces the need for you to continue reaching into your pocket to change songs, operating as a remote. On a broader scale, we're probably looking at the sum total of Apple Watch's uses right now--as a remote control for the iPhone. 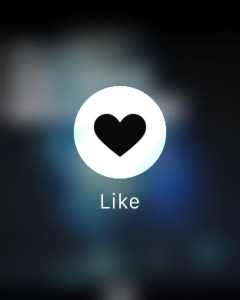 Nevertheless, if you're a SoundCloud fan, and especially if you're an Apple Watch owner, here's a direct download link to the all-new app.