As we get done with the Galaxy S6 and the HTC One M9 launches this month, there are still two more major Android flagships left for this year. And while the LG G4 keeps on popping up here and there, there has been absolute radio silence when it comes to the Xperia Z4 apart from a digitizer leak last year and one more leak this year. Looks like we're in for some good luck today however, as the chassis of the Sony Xperia Z4 has leaked today, giving us some more design details about the flagship. 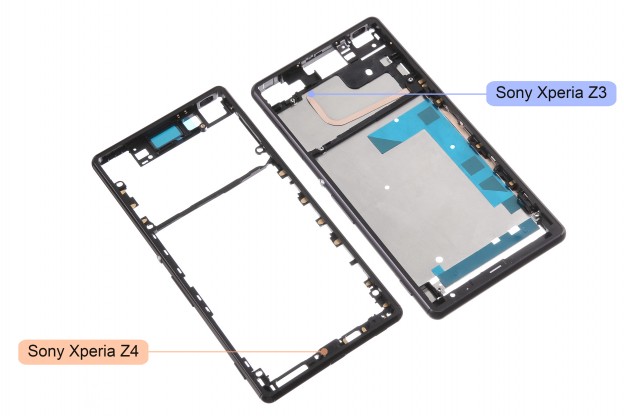 Folks over at FutureSupplier, who were also responsible for an earlier leak of the front digitizer on the Xperia Z4 have managed to get their hands on a chassis allegedly belonging to the Sony Xperia Z4. To make things clearer, they've compared it to the existing chassis of the Xperia Z3 and we can see in the images below how the two devices. 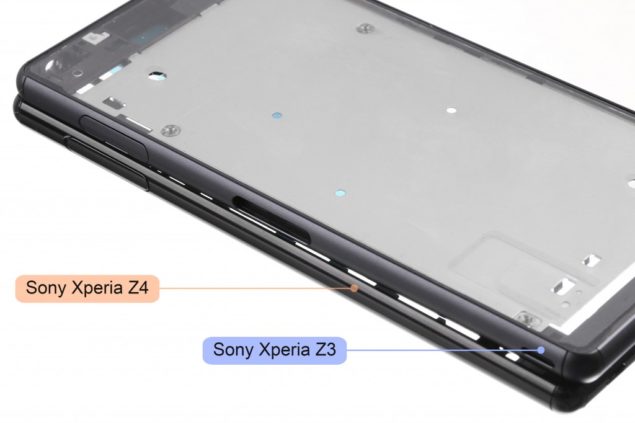 The Xperia Z4 will be thinner than the Z3 according to today's information. The chassis leaked today is 1 mm thinner than Sony's existing flagship, so seems like whenever its launched, the Xperia Z4 will be one of the thinnest devices around, topping both the iPhone 6 and the Samsung Galaxy S6 Edge in thinness. Also, as can be seen in the image above, the magnetic charging port on the Xperia Z3 is gone, with the left side of the Z4 only housing the SIM card. 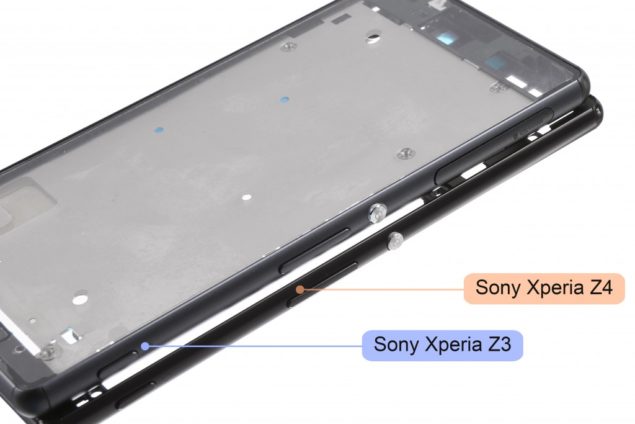 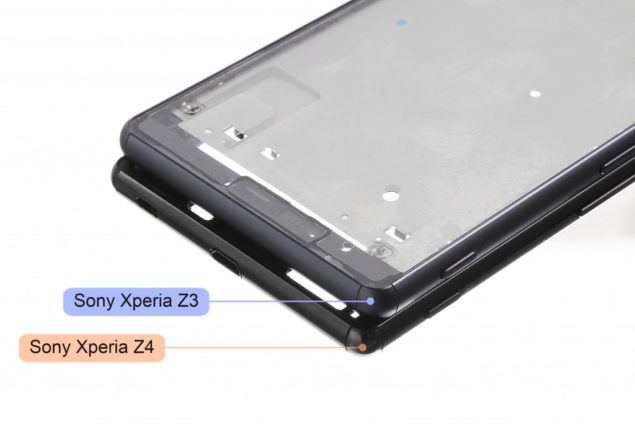 Another significant change on the Xperia Z4 seems to that it seems the device will no longer be coming with its waterproof certification. As can be seen in the image above, it is no longer covered with a protector, meaning in all likelihood that Sony's choosing to do away with it for the sake of design. Other changes on the chassis include the microphone hole moved away from the headphone jack and you can take a look at them in the images below.