Tragic news hit PC and Xbox One gamers this week on Monday when it was announced that UK-based Lionhead Studios, the seasoned developer responsible for critically acclaimed hits like Black and White and the original Fable, was being completely shut down by parent company Microsoft Studios. That means the talent that worked at the studio is apparently now looking for a new home, and as it turns out, none other than Sony is all set for opening its doors to the guys responsible for notable PC and Xbox classics. 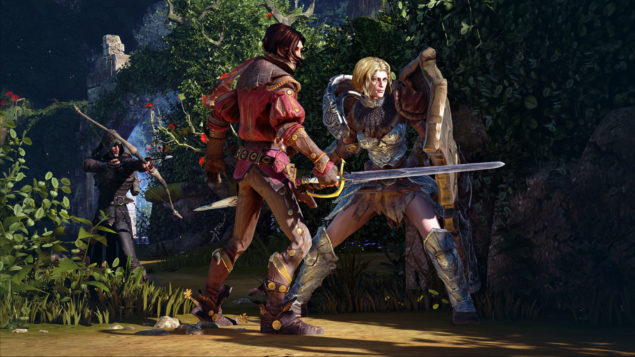 Fable Legends is no more, we can be absolutely sure about that after the official announcement and all the fan rage that's been going on this week. However, the fate of the developer that was working on this hapless long-in-development free-to-play action role-playing, PC and Xbox One exclusive video game is yet undecided, but it is more likely to shut down sooner than later, as Microsoft has already confirmed that following the closure of Press Play Studios in Denmark, the company is now “in discussions with employees about the proposed closure of Lionhead Studios in the UK.”

That puts all the talent that was jointly running Lionhead Studios back on the job market, and it seems like the PlayStation team at Microsoft’s arch-rival Sony Computer Entertainment is all set to seize the opportunity. The team recently reached out specifically to the employees of Microsoft-owned company via @PlayStationJobs on Twitter, asking them to “come along for a drink and a chat” at their recruitment event where people from all of Sony’s European game studios will be present to chat with this Monday.

2/2 ...there'll be people there from all our SCEE studios and if you'd like to a book a time for a chat on the day, please DM for details

As mentioned before, Lionhead Studios is not officially out of the game yet. This is likely because according to UK Law, employers must create a consultancy period of at least 30 days. During this period of time, employers and staff can explore measures to avoid redundancies. This also provides those who may be affected by shuttering of a company with some time to look for a new job. It is now good to know that skill-full long-time Lionhead developers have a valuable opportunity to find work at Sony Computer Entertainment.