Details about the upcoming and more powerful variant of the PS4 have just leaked out. Code-named the "PS NEO", the console will get significant hardware upgrades on both the CPU and GPU side. The information comes from the website GiantBomb (via HWbattle).  If the leak is accurate, Sony will be more than doubling the amount of horsepower available to Devs in the upgraded version - something completely in-line with their plans to push PSVR and 4K content. 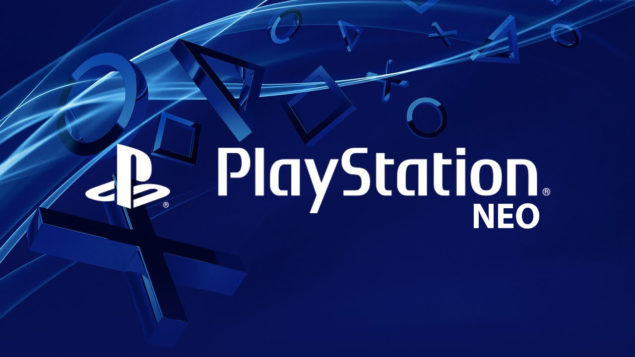 Not an official image.

'Playstation NEO' will feature 36 CU Polaris GPU with more than 4.19 TFLOPs of horsepower

The report from GiantBomb cites its own sources and seems to be fairly in-line with what was expected from the company. AMD supplies both Microsoft and Sony with the APUs inside the consoles and has recently transitioned to the 14nm FinFET node from Samsung/GloFo. As we exclusively revealed a few months back, the company has had plans for a long time to supply 14nm based processors to the console manufacturers for increased performance per watt gains for a long time now. According to the report, PS Neo consoles will have two modes: a Base Mode and a Neo Mode. The Base Mode will run the hardware virtually indistinguishably from the PS4 original models, while as the Neo mode will allow developers to gain full access to the increased hardware capability of the PS Neo.

As many of you will know, the current generation of consoles does not have the necessary horsepower to drive powerful VR headsets such as the Oculus Rift and the HTC Vive - both of which have the 2160 @90fps standard. Unless of course, you drastically cut graphics quality (which will be the case in most PSVR use cases). This is an approach which will work well because visual fidelity is much harder to discern in a stereoscopic environment than a 2D one. In any case, with an almost 2.3x increase in power with the upgraded hardware, PS Neo should be able to handle VR loads for PSVR easily - as well as push moderately intensive 4K content.

PS NEO will still be rocking the same old Jaguar architecture on the CPU side of things with 8 cores (the same 4 + 4 combination present in the original model). The clock rate however, will be increased to 2.1 Ghz, owing most probably to an efficient architectural revision. The amount of CUs present in the PS4 GPU will be increased from 18 to 36 – which is exactly double (duh) of the original specification. The GPU of course is the most important component when it comes to gaming and this boost in power will allow devs to push VR and 4K content. The bandwidth has also been increased from 176 GB/s to 218 GB/s. The website also states that an additional 512 MiB chunk of memory will be available to the developers in NEO mode.

Crunching the numbers of PS Neo

Fortunately for us, GiantBomb has listed all the key numbers required for a complete technical break down. Assuming the number of stream processors per CU remains constant in 4th Generation GCN (Polaris architecture) we are looking at total of 2304 Stream Processors. Since GCN can handle two instructions per clock, we are looking at roughly 4.19 TFLOPs of horsepower available to the developers. The memory bandwidth stated is 218 GB/s, and since we know the bus width to be 256 bits, we can work backwards to arrive at the the new and updated Memory Clock: 1703 Mhz (6812 Mhz effective). The jump to 14nm FinFET will allow AMD to leverage roughly 2.5 times the performance per watt so this increased hardware should occupy roughly the same electric footprint. Here are the detailed calculations for anyone interested (assuming of course, that this leak turns out to be accurate):