Sony Exmor IMX318 Announced: Could We See It In Samsung’s And Apple’s Flagship Devices

Sony will be announcing its upcoming flagship sensor named Exmor IMX318, and it will be present in next generation smartphones. Can you guess the number of megapixels present inside the sensor? 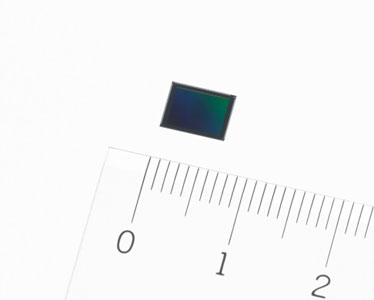 Sony IMX318 Will Pack 22.5 Megapixels And We Could See This Inside Galaxy Note 6 Or Even The Latest iPhone 7

As smartphones tend to get thinner, manufactures are forced to bring more and more sacrifices as far the hardware of its mobile devices are concerned. Sony isn’t about to compromise the image capturing quality of mobile devices, irrespective of how thin they get which is why the company will be announcing its latest sensor. IMX318 is a type 1/2.6 stacked CMOS image sensor with 22.5 megapixels, and it boasts a more compact size, greater image quality, and higher performance.  For those of you that do not know, Sony claims that new Exmor RS is the industry's first one to be equipped with built-in high-speed hybrid autofocus (AF), as fast as 0.03 seconds and built-in 3-axis electronic image stabilization technology for video.

The Japanese firm will be attempting to begin shipments for this new CMOS image sensor during May, 2016, which is a huge time frame from when devices like Galaxy Note 6 and iPhone 7 will be officially announced. Galaxy Note 6 is expected to be announced during the month of September and its greatest rival in the smartphone industry will also be showcased during the same month.

Coming back to the new sensor, it will not only boast enhanced resolution, but will also match its predecessor in image quality despite the IMX318's smaller size and unit pixels. The only issue that we are thinking about right now is that since the sensor will be smaller in size, and there are too many megapixels crammed in it, the sensor might not be able to perform as well in low-light conditions. This is because less light will enter per pixel as the megapixel count increases, and with the sensor already smaller than its predecessors, we suspect that it will perform terribly in low light environments.

However, Sony has stated that image quality will not decrease, as there is a sample given below showing different image results on different sensors. As for the 3-axis electronic image stabilization feature for video recording purposes, the firm has stated that the sensor leverages the image stabilization technology that Sony has cultivated over its years developing cameras, and stabilizes video recording even with sufficient camera shake.

Moreover, less power will be used than when it is accomplished by software processing in the external application processor. Since it enables smooth video shooting, this image sensor is suited for incorporation into not only smartphones, but also a variety of other products that tend to generate substantial camera shake, such as aerial drones used for image capturing.

Watch all the videos, tell us what you think and if you want to get to know the complete specifications of the sensor, then they have been given below. 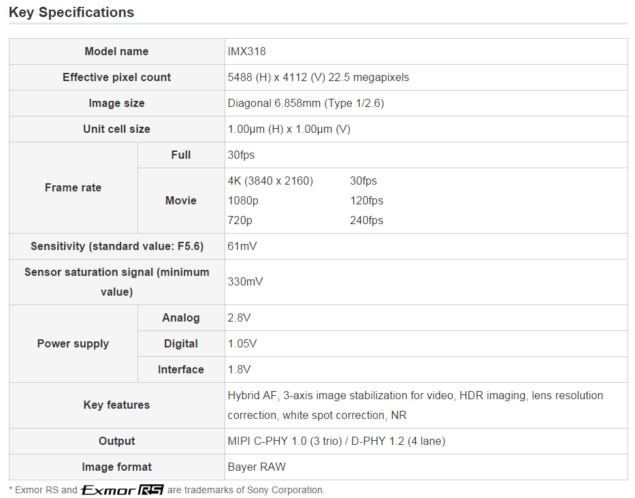