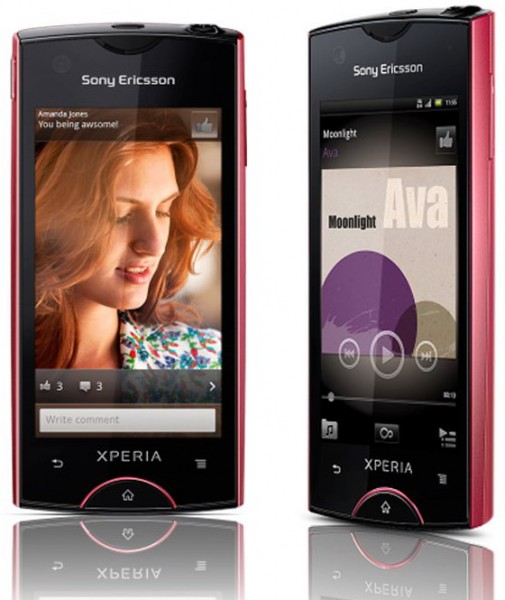 Sony Ericsson Xperia ray is the company's attempt to target the niche that does not want big bulging smartphones with massive screens. By releasing Xperia Play they attempt to fill this gap which has long been ignored by other manufacturers. Usually when a small screen Android smartphone is launched, it compromises far too much on basic specs for it to have any 'real' smartphone use (hint: Wildfire). Not the Sony Ericsson Xperia ray though. Packing in a 1Ghz single core CPU and 512MB of RAM this 3.3''LCD smartphone can give its senior siblings a serious run for its money. And the 480x854 resolution provides a near iPhone 4 level of PPI. The phone also comes with a 8.1MP camera with flash and the ability to record video in 720p.

Of course the success of the phone depends on how it's priced and I'm glad to report for a brand new release, it's a very reasonable 380$. It's available on Newegg. As for carrier compatibility it supports quad-band GSM, along with 3G capability over the 2100 / 1900 / 900 / 850MHz frequencies and UMTS 850 / 1900 / 2100 MHz, which makes it compatible with AT&T 3Gin the US. So if you're on the look for a decently priced smartphone that doesn't skimp on specs and isn't bound by carrier restrictions or contracts, Xperia Ray is probably the one to look for.