With video recording on DSLR cameras going beyond the resolution limits of 1080p, Sony has announced its latest lineup of XQD and SD storage cards, with one huge advantage; their impressive read and write speeds. 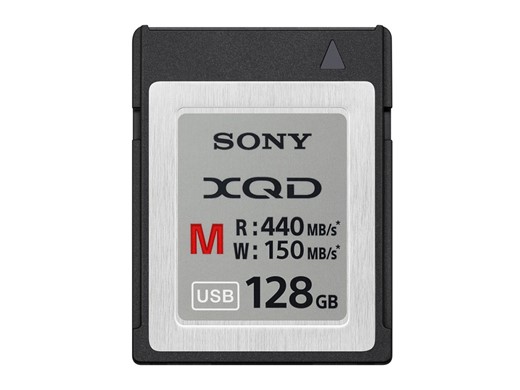 For high performance DSLR cameras ranging from Nikon D5 or D500, Sony has introduced its XQD and SD lineup of storage cables and let us face it; there are not too many storage cards out there that can deliver high speed read and write speeds, but it looks like the Japanese company plans to change all that. Coming to the XQD-M series; these storage cards can deliver up to speeds of 440MB/s (sequential read) and 150MB/s (sequential write) for stable burst shooting, and the ability to backup 64GB of data in approximately 3 minutes, when using Sony’s newest card reader technology.

With XQD format’s unique and robust structure, which not only feature card thickness and pin protection, but a tough and reinforced outer case, Sony is hell bent on making its storage cards perform well and make them reliable too. For users who are not involved in capturing high resolution video footages, or for those who do not want to shell out too much cash on just storage cards, Sony has also introduced its SF-M series of storage cards, which perform much slower as compared to the XQD-M series. They are able to deliver sequential read speeds up to 260MB/s and write speeds up to 100MB/s. 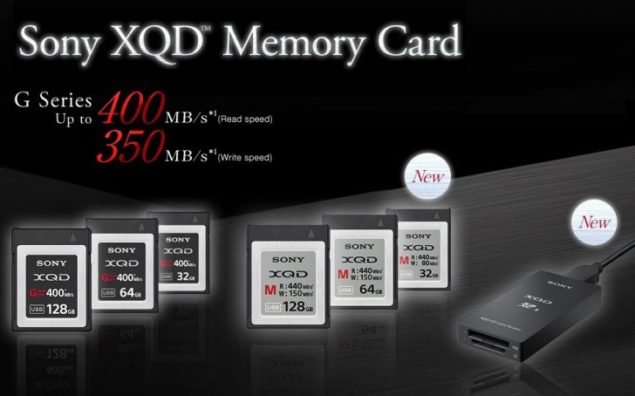 Darin Scott, President of Sony’s AMEG, Americas Media and Energy Group has stated his enthusiasm over the announcement of these next generation speed demons:

“As digital imaging cameras become more advanced, capturing larger high resolution files, the demand increases for faster and more efficient ways to manage photo and video data, giving shooters peace of mind they’ll never miss a critical shot. These latest media options allow files to be transferred and backed up even more seamlessly and efficiently, offering users the flexibility and convenience to embrace workflows that frequently require the need for content in real-time.”

Note that while these high sequential read and write speeds are no doubt impressive, Sony will not be pricing them at affordable ranges so if you do intend on experiencing unprecedented speeds from miniature storage mediums, then be prepared to shell out a ton of cash on them as well.