Sony detailed quite a few new products at its launch event yesterday. Consumers might have been largely disappointed by the mundane, slugglishly-evolutionary Sony Xperia Z4 but there are many other products to look forward to. How about an ultra-thin, super sleek-looking 4K TV? Sony has unveiled its Sony 4K Ultra HD televisions that have support for Android TV and Google Cast and show super beautiful colors! 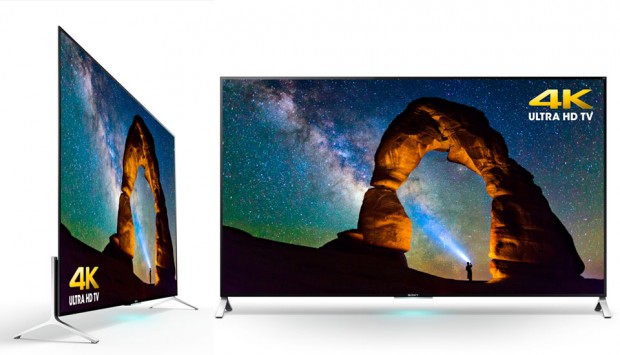 While Sony launched its 4K TV a year back, company has now revamped a few features including HDR compatibility to introduce the beautiful televisions in the US and worldwide markets. The televisions are powered by Sony's X1 processor along with X-Reality PRO Picture Engine giving the TV improved color and brightness.

This color correction feature in addition to Sony's famous Triluminos technology makes screen vibrant and strives to give realistic visual experience. Thanks to the compatibility with Android TV, you can now speak to voice-search for apps.

The Sony 4K TV will begin shipping in May this year and won't be any close to budget. There are quite a few different models starting from a new Ultra HD 43-inch TV costing some $1,300 and going up to a huge 75-inch screen coming for $8,000 (price details at the end of the post). It is expected that we will soon see the availability of access to PlayStation Now and DualShock 4 controller too.

Sony's thinnest LED TV model X900C is also set to arrive in summer, however, we aren't yet aware of the pricing. The beautiful TV with Vanishing Edge to fill the entire screen with picture is 4.7mm thin which is thinner than today's smartphones. The model will come in 55-inch and 65-inch versions.

You will have to wait for a few months to get your hands on this thinnest TV. However, you can start thinking about the X930C and other HDR-friendly series this May.