Grip Digital, the team behind the nice space exploration game The Solus Project, and Right Nice Games have recently revealed their next project, a new game that will make fans of classic 3D platform games such as Crash Bandicoot quite happy. 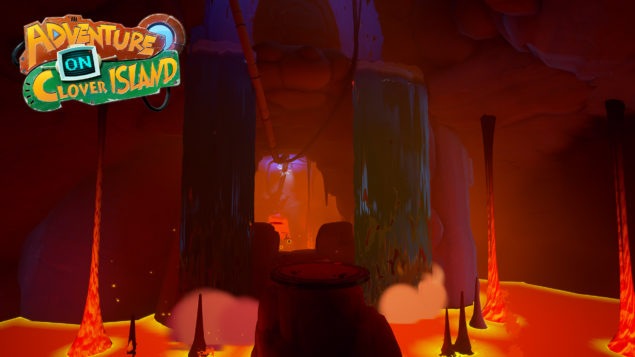 The game from Grip Digital will be called Skylar & Plux: Adventure on Clover Island, a single player platform game launching on PC, PlayStation 4 and Xbox One later this year. The game will feature a vibrant and colorful world, two heroes trying to save their home from the villainous CRT and plenty of action.

Skylar was designed by CRT and turned into his most potent weapon – wielding a powerful mechanical arm augmentation -- but now, she must become a heroine-against-her-will to defy her makers and forge a new destiny. And Plux is the eloquent sidekick that every good action platformer needs to have. Together, they will explore lush beaches, burning volcanoes, freezing mountains and merciless desert, fight an army of CRT’s henchmen, collect powerful upgrades like the Magnetic Glove, or Jetpack and challenging CRT’s plans – and their destinies – before it is too late.

With Skylar & Plux: Adventure on Clover Island, Grip Digital hopes to rekindle the lost love for 3D action-platform games of the past. Judging from the first screenshots, and the teaser trailer, there's a very good chance that the team will indeed manage to do so.

Skylar & Plux: Adventure on Clover Island will launch on PC, PlayStation 4 and Xbox sometime this year. We'll let you know more about the game as soon as more comes in on it so stay tuned for all the latest news on this interesting platform game.