Looks like Intel is at it again. Before delaying its 28 nm SoFIA, which would be the first SoC from that lineup to feature a 4G modem, the company had delayed its 10 nm Cannonlake chips due to yield problems. The chipsets were supposed to be incorporated in to affordable mobile devices in order to allow Intel to target the entry-level market. However, the delay has created more problems for the company because now, the 28 nm SoFIA chips are delayed to Q1, 2016. This is the period where Intel was gearing up to release its SoFIA chips that were going to be processed on the 14 nm architecture. 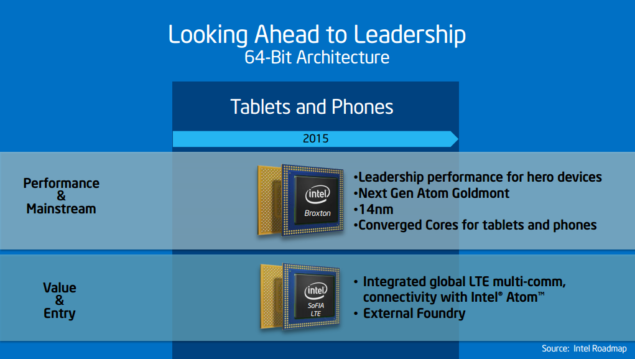 According to a report, the delay of 28 nm SoFIA chips will put Intel in a tight spot because the delay will push back these 28 nm chips to Q1, 2016, which is the same period that 14 nm SoFIA SoCs were going to be launched. Now, here is where Intel will have to make a very tough choice.

Either the company delays its chips fabricated on the 14 nm process to allow some breathing room for the 28 nm chips to target the market effectively, which would mean that these 14 nm chips will arrive late to the market, which will most likely me dominated by 10 nm FinFET SoCs.

The other option would be to continue the 14 nm SoFIA timeline as the company intended to, but this might have deleterious effects on the 28 nm lineup as far as raking revenue is concerned. As you are all aware of, Intel is unable to replicate its dominance in the smartphone SoC market the same way the firm has a tight grip in the desktop, laptop and server market.

If Intel delays its 14 nm SoFIA SoCs to 2017, then it will spell trouble for the company once more, because other chip makers like TSMC and Samsung are already competing in the 10 nm race during this time frame. Right now Intel has a huge dilemma to tackle. Let us see what plan the company comes up with in the coming months.