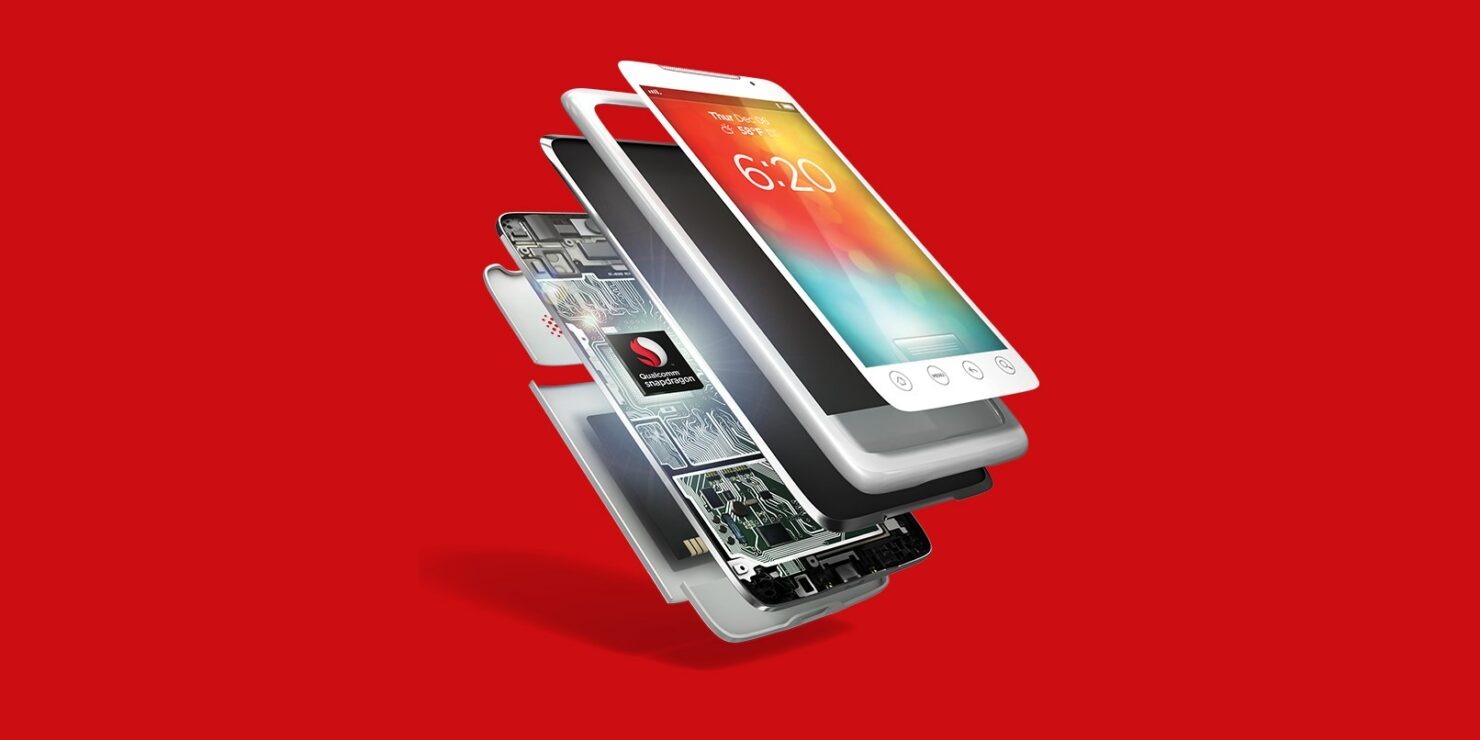 We've got just one month left until 2016 ends. The year has seen its share of ups and downs. While not much took place in terms of upgrades, there's been a lot of controversy for everyone to enjoy. Samsung's Galaxy Note 7 left us with a trail of flames and the iPhone once again refused to upgrade its design. Surprising additions to the flagship race were Google's Pixel and Pixel XL, as Mountain View looks to inject a casual element in the flagship smartphone market. Now, as the year comes to an end, we're already looking forward to what to expect next year. Today, a detailed leak has taken place in China. It tells us a lot about upcoming processors. Take a look below to find out more.

Qualcomm's decided to set the pace early for 2017, with the announcement of the Snapdragon 835. The processor will power the majority of flagship smartphones for 2017. While the company was eager to announce the name for its processor, we got little details on the specifications end. Still, with the 835 now official, today's leak provides comprehensive details on what to expect from the US chip maker next year.

According to Weibo user Grass Technology, the Snapdragon 835 will feature a total of eight Kryo cores. These will be arranged in quad core sets, with 3GHz and 2.4GHz of frequencies. 3GHz has surfaced on the rumor mill a lot for the next Snapdragon, so today's information merely serves to corroborate earlier leaks. Additionally, the GPU will be the Adreno 540 and you'll also get UFS 2.1 combined with 4K, Cat. 16 and Quick Charge 4. Release date for the Snapdragon 835 will be Q2 2017, according to today's leak. 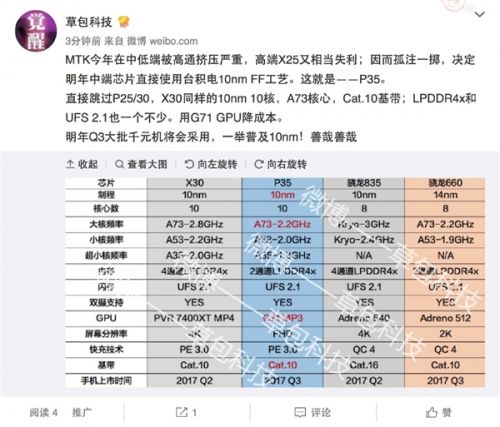 The Snapdragon 835 isn't the only processor that's the feature of today's leak. We also get to take a look at purported specifications for the Helio P35 and the Helio X30. MediaTek's deca core CPUs often make headlines for their unique designs and today we've got more details for you. Out of the pair, the X30 will be the higher performing variant. It features three core sets of Cortex A72, Cortex A53 and Cortex A35 which are clocked at 2.8, 2.2 and 2.0 GHz respectively. For the P35, they'll be clocked at 2.2, 2.0 and 1.8 GHz. The X30 will support 4K while the P30 supports FHD. Cat. 10 makes it on board for both of them. GPUs are PowerVR's 7400XT MP4 and ARM's Mali G71 for the X30 and P35 respectively.

Safe to say, these details should be sufficient for almost everyone until the processors are launched next year. They'll all be manufactured on 10nm. The Snapdragon 835 and the X30 will launch in the second quarter. The Helio P35 on the other hand will be with us in the third quarter. 2017's looking to be a strong year when we talk mobile processors. The Snapdragon 835 in particular looks to be very impressive with 3GHz of frequencies. We're eager to see what Samsung's got under the works as well. 10nm's availability has opened up a lot of avenues for performance upgrades after all. Thoughts? Let us know what you think in the comments section below and stay tuned for the latest.