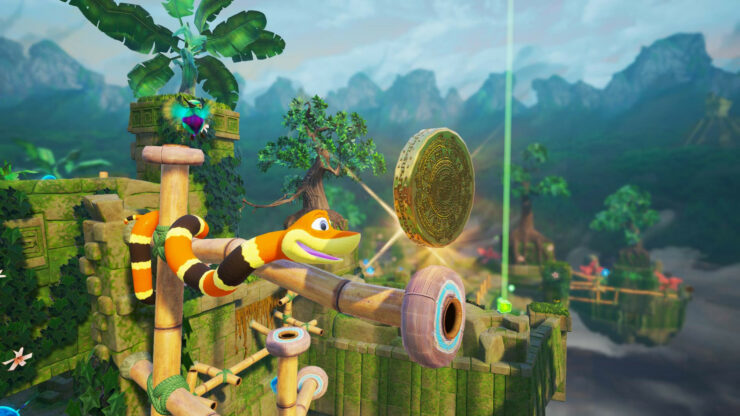 Snake Pass launched to general praise on PC (Steam, with 94% positive user reviews so far), PlayStation 4, Xbox One and the Nintendo Switch. The latter version of the game is particularly interesting, with Sumo Digital's Seb Liese mentioning in an interview with GamerPros that the team got Snake Pass running on the Switch in just a week.

No. We only got our dev-kits for the Switch around the end of November last year. In December, lots of people had to take holidays (because they never do), so it was only in January that we really started looking at the port. The coders were saying that within seven days’ work approximately, they had it fully running on the Switch.

After that, of course, there were some tweaks. You’d notice that certain things didn’t work well enough on the Switch, so you’d have to make a couple of tweaks here and there. But yes, the initial process from it being purely PC to having it on a handheld was about seven days from what I’ve heard. I think in the future, that will be even quicker, because essentially, Unreal has an “export as Switch” button now, and because both Unreal and Nintendo have worked closely with us to smooth all this out. I think in the future it will be even simpler for other companies, and for ourselves as well.

Yeah, I’m looking forward to seeing a ton of awesome Unreal games in the next two years on my new Switch.

This is certainly a testament to Nintendo's claims of how easy it is to develop for the Switch and it bodes well for the console's future. As to Sumo Digital, after Snake Pass the team is working on Dead Island 2 as well as helping Reagent Games with Crackdown 3; both titles are powered by Unreal Engine 4.

It's fair to expect that both should be showcased at E3 2017.