Slash Is An Extremely Powerful Third-Party Keyboard For iOS

With the announcement and subsequent release of iOS 8 last year, Apple finally allowed developers to craft third-party keyboards for its mobile operating system. While the move did spawn a boatload of keyboards, but there were only a few which we would deem 'awesome' to download. Slash, happens to be that keyboard which can proudly carry an 'awesome' tag with it, and what it is capable of doing is nothing short of amazing.

Once downloaded and installed onto your device, Slash looks like a normal keyboard. But if you look closely, you'll realize that there's a 'slash' key next to the spacebar that really stands out from the crowd. Tapping that invokes what the keyboard is all about. 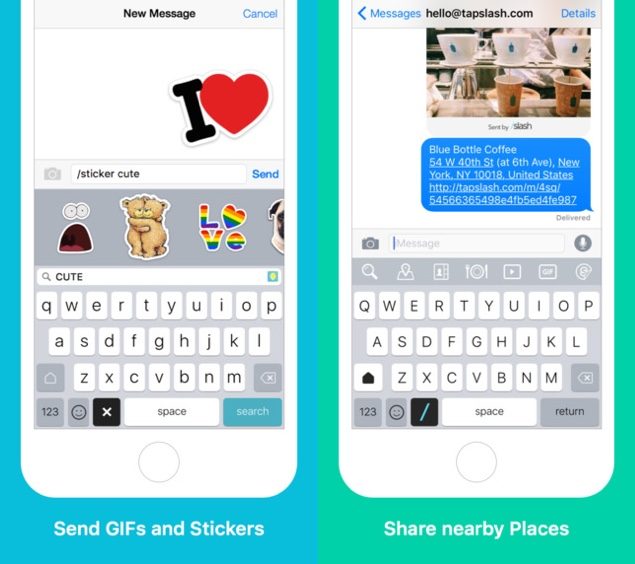 Once the 'slash' button is tapped, you can then search through anything that lives on the Web, such as YouTube videos, GIF images, locations in Foursquare and whatnot, and add them right into the text field where you're typing through. This is the kind of power which should come as standard with any app of this nature.

The possibilities with Slash are absolutely endless, and it even lets you send images without ever having to open anything else. Just tap away and you're done. The way it should be.

Emoji lovers will be pleased to learn that they can easily add in a character by simply searching for it on the keyboard. It might sound a little absurd at first, but if you give it a deep thought, then you'll come to realize how much of a genius feature that actually is.

Messages are about more than just words, so we think your keyboard should be about more than just letters. Slash gives you quick access to the things you share every day like photos, places, music, GIFs, stickers, emoji and more. Just tap “/” to unlock the magic! Our goal is to boost your productivity and make your conversations more fun. Slash works in your favorite messaging apps and social networks, including Messages, Email, WhatsApp, Twitter, Messenger, and Instagram.

If you think the features are dope, then you'll be more surprised to learn that the keyboard doesn't even cost a dime. That's absolutely correct, Slash is free, and to top things off, there aren't any in-app purchases either. Once you download it onto your device, you're actually owning a complete experience and not a half-baked one. 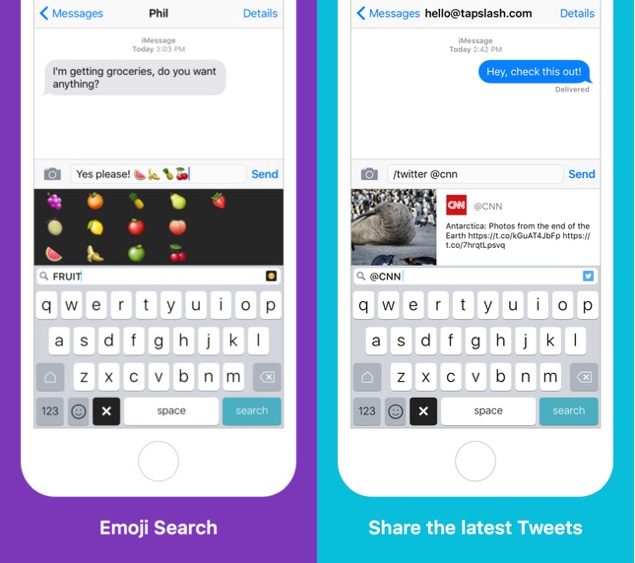 You can download Slash directly from the App Store, or by tapping on this link. Lastly, Slash is compatible with both the iPhone and iPad, so you don't have to worry about it not working on a specific device.

If you do take Slash for a spin, then be sure to let us know what you think about it in the comments section below.