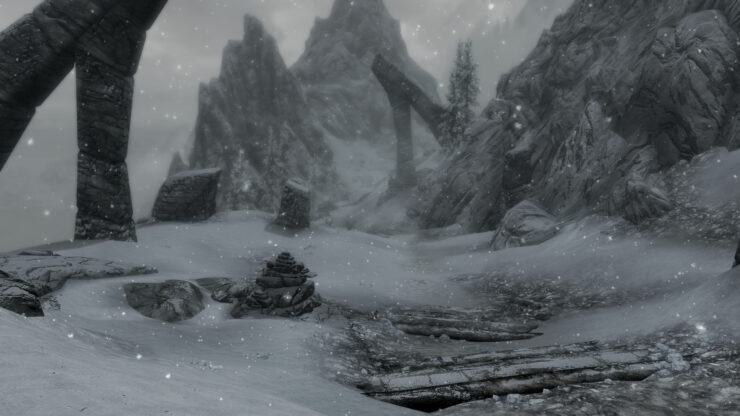 [Update] Digital Foundry has further expanded their original analysis, revealing some additional details. You can check it our by going here.

[Original Story] The Elder Scrolls V: Skyrim Special Edition is one of the high profile games that can take advantage of the PlayStation 4 Pro additional processing power to deliver several improvements. Bethesda detailed these improvements a while back, but we have now managed to learn more about them thanks to an in-depth analysis by Digital Foundry.

In the recently shared Let's Play Skyrim PS4 Pro Gameplay & Initial Analysis, Digital Foundry confirmed that the game indeed runs at native 4K on the PlayStation 4 Pro console. Frame rate seems to be not too different from the regular PlayStation 4 version, and asset quality is on par with the regular PlayStation 4 and PC versions, but foliage draw distance is improved in both 4K and 1080p resolutions, with supersampling also present at 1080p. You can check out the full video right below.

All three versions of The Elder Scrolls V: Skyrim Special Edition received an update this week. The update introduces a variety of fixes which should make the experience more enjoyable. The compressed audio issue has also been partially fixed, according to patch notes.

General performance and optimization improvements
Fixed rare issue with NPCs not appearing in proper locations
Fixed issue with saves erroneously being marked as Moddded, even though no mods are active
Updated some sound files to not use compression

The Elder Scrolls V: Skyrim Special Edition is now available in all regions on PC, PlayStation 4 and Xbox One. You can learn more about the game by checking out our own review.