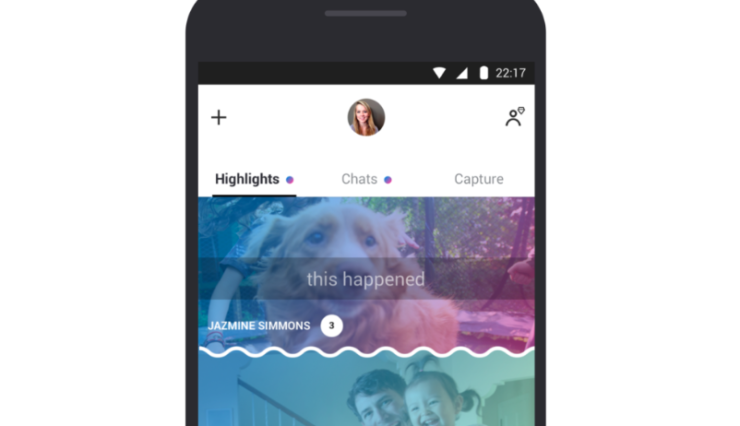 Skype got acquired by Microsoft around six years ago, and ever since it has not got a major facelift. The video-calling platform is now realizing the importance of new features and has introduced a new improved Skype for mobile and desktop. The new design follows the recent Snapchat inspired design changes that were introduced by Facebook Messenger. It only seems legit now, as everyone has been finding "inspiration" in Snapchat, lately.

Microsoft describes the new layout as “the next generation of Skype,” the new design is for promoting messaging on the platform. As we know, Skype is mainly popular for its video and audio calling features, but now Microsoft wants to make it popular in the arena of instant messaging as well. However, it has got big competition though, as the users are more inclined towards messaging services like iMessage, WhatsApp, Messenger, Snapchat, and others.

The new improved Skype comes with three new sections in the conversation - Find, Chat, and Capture. Find allows users to search through a chat, or find photos, nearby eateries, and even insert videos and GIFs from YouTube and Giphy, respectively. The Chat section is a basic chat box with options to add emojis, images, and more. The third and the most interesting section is Capture, which is reminiscent of Snapchat as it launches the camera app and lets the user take videos and photos instantly. After taking a photo or video, you can also add stickers, or text like Snapchat.

There is also a new "Highlights" feature that is a lot like Snapchat Stories. It lets users post photos and video that can be viewed by friends and they can react to stories with emoticons. The emoticon reaction is also available in normal chat. Not just messaging, Skype has also overhauled its calling feature with reactions during calls. Users can also drag and drop people around during the call.

Android gets it first

The new design of Skype is cool, but its competitors already have it. Thankfully, it does solve various other design problems that were present on the previous versions. Microsoft is currently rolling out the new Skype design to mobiles, with desktop to follow shortly. Android devices have already started getting an update for the new version, with iOS, Windows, and Mac to receive the update soon.