Taiwanese memory manufacturer G.Skill claims to live up to its claim of providing superior memory products by announcing the release of new RipJaws DDR3L 32GB (4 x 8) memory modules. The new releases are said to be able to have a frequency capability as high as 2133 MHz. They are designed for use in the SO-DIMM  slots for  laptops. 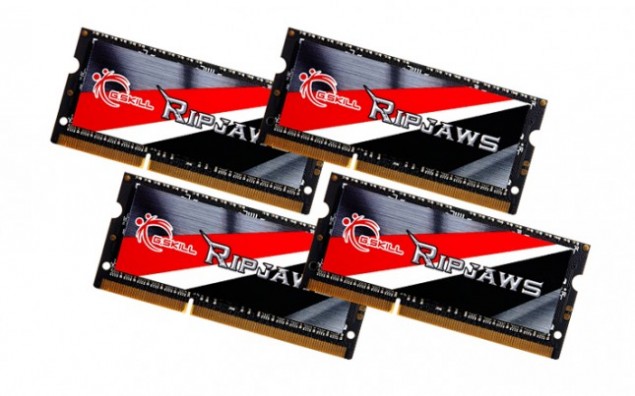 The new 32GB SO-DIMM RipJaws to achieve frequencies of 2133 MHz and a low power consumption value of 1.35V.

The DDR3 modules releases by G.Skill are said to have the capability to achieve frequencies as high as 2133 MHz. Yet they operate at a low operating voltage of 1.35 V. G.Skill claims it's memory modules will elevate extreme performance on laptops to a higher level . It also claims to offer desktop performance on laptops. The argument seems a solid one given that the modules perform as advertised. In addition, SO-DIMM is gaining popularity amongst in systems such as Intel's NUC and other mini PCs and SFF systems. Furthermore, manufacturers have repeatedly been attempting to increase frequencies of SO-DIMM modules released since motherboards equipped with SO-DIMM ports rarely focus on high frequencies. G.Skill has therefore upped the competition by its release of the latest RipJaws, which achieve the advertised frequency with 11-11-11-31 timings.

G.Skill also released screenshots of the MSI GT70 20C powered by its SO-DIMM modules. The laptop is claimed to be running stable ''under extreme load''. 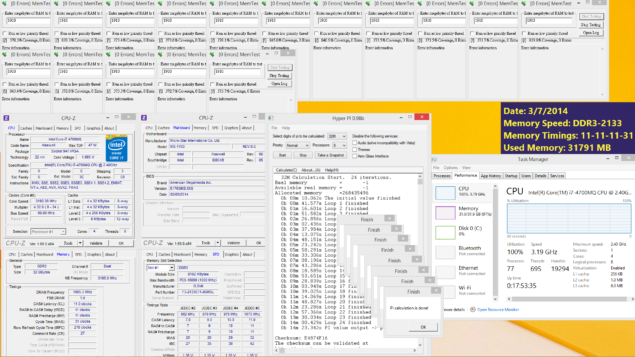 It can be seen in the screenshot that there are no errors shown in MemTest. The laptop also successfully completes a Hyper Pi run with 97 percent RAM usage. FSB:DRAM ration is 1:8 with CAS# latency being at 11 clocks. The price for the modules has not been given but it expected that they will cost around $330.