Samsung, with its vast resources has managed to gain somewhat of a stronghold on the mobile hardware market. With its launch of the Exynos 7420 earlier this year, based on the 14nm FinFET, Samsung managed to introduce the reduced process to the market, and managed to gain orders for the likes of Qualcomm, which is the largest player in the global smartphone processor market. Samsung's stronghold on the DDR4 RAM market has already started to cause problems for some smaller vendors, given the Korean electronics giant's reduction of prices, which has caused OEM to purchase directly from it. But looks like others have finally started to make way towards countering Samsung's dominance, and one of these is SK Hynix, well known for its PC memory solutions. 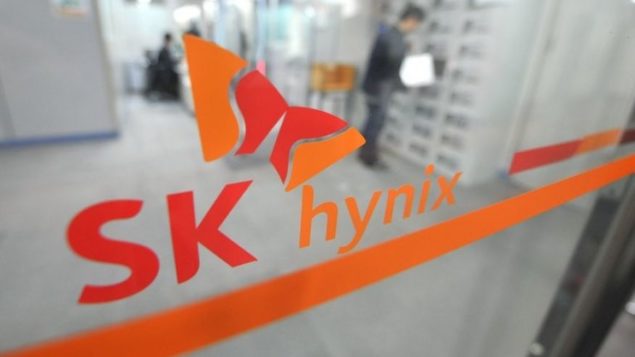 Samsung gained its fair share of criticism with the Galaxy S6 Duo for eliminating MicroSD car slots on its flagship smartphones. However, the Korean manufacturer made up for it by introducing ultra fast UFS 2.0 storage on its devices, which delivers data transfer speeds twice as fast when compared to its predecessor, eMMC 5.0. And while Samsung had the monopoly on UFS 2.0 until now, more Korean manufacturers have started to board this ship, with SK Hynix having announced today that it has already entered talks with several smartphone manufacturers for UFS 2.0 supplies.

SK Hynix will be supplying 64 GB UFS 2.0 memory modules to smartphone manufacturers and claims input/output speeds of up to 32,000 operations per second on its modules, which makes it three times as fast as Samsung's memory modules. Its said to be three times as fast as the eMMC 5.0 standard, which could spell some interesting times for Samsung. But untill Hynix's memory modules start featuring in devices, there's nothing that can be said for sure so far. SK Hynix does have a good reputation however, and its intentions to enter the mobile hardware market with UFS 2.0 means good news for everyone. Except for Samsung of course. Let us know what you think in the comments section below and stay tuned for the latest updates.