Gigabyte displayed its new non reference GPU based on the Direct X 11 compliant HD 5000 series family, The HD 5750 Silent Cell. The unique feature about the new non-reference card is that its comes with a passive cooler which is 18C than the reference active cooler.

The HD 5750 Silent cell is cooled by a large passive heat sink which is longer than the card itself. The card takes up two slots. The cooler is an aluminum fin array to which heat is conducted by three copper heat pipes. The card is powered up by a single pci-e connector and has the same reference specs as the HD 5750 such as it has 720 stream processors and uses 1 GB of GDDR5 memory across a 128-bit wide memory interface. The display outputs include dual DVI, DisplayPort and HDMI and is crossfire ready. Being cooler than reference means the card will overclock better than the reference design. 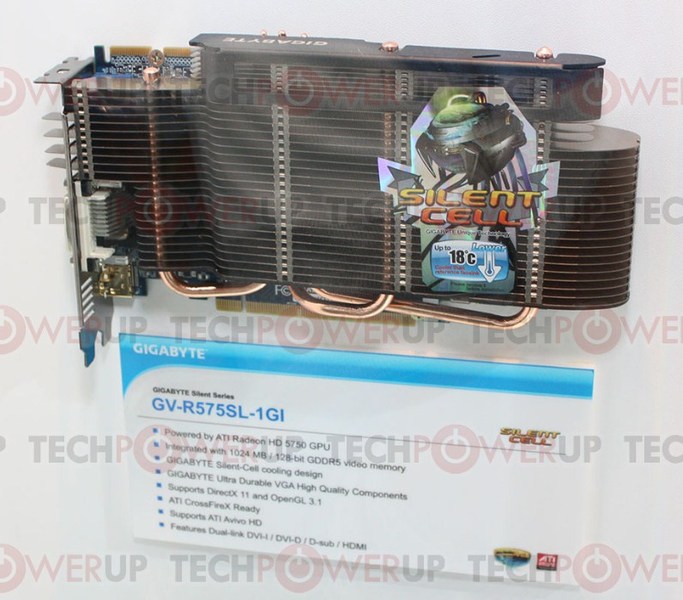