Sid Meier's Civilization Series has been part and parcel of the childhood of many gamers around the world, myself included. If you consider yourself a fan of the RTS and Turn Based Strategy genre than the Civilization series is a rite of passage, along with the other classics such as Age of Empire and Command and Conquer. Before I descend into too much nostalgia, let me clear something up. Civilization: Beyond Earth is definitely not a sequel but technically speaking it hasn't been stated as a reboot (of the highly acclaimed Alpha Centauri) either. So my calling "Civilization: Beyond Earth" a reboot might be a factual fallacy; a re-visitation would be more appropriate but that would make for a shallow headline. Moving on. 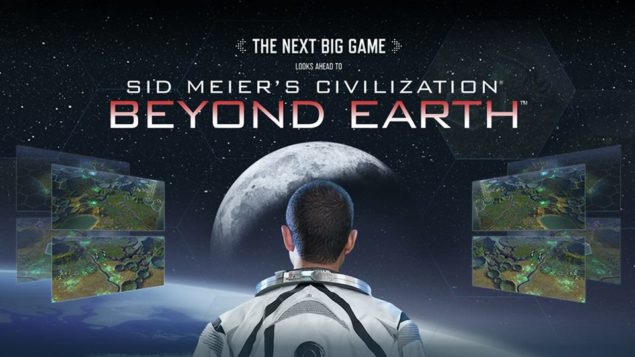 I will tell you one thing though. Sid Meier's team has left no stone unturned in an attempt to distribute it to the widest audience possible. The game not only supports every major platform including Windows, Steam OS, Linux and Mac OS but will also have Mantle API support hardwired into the code. Expect to see Mantle API fueled performance out of the box and without any synthetic updates unlike Battlefield 4 and Thief. It goes without saying that DirectX  is supported and unless I am mistaken, Nvidia will be working on bringing out a DX 11 Optimization Driver for the game in a tit for tat fashion.

And in all honestly, I heartily approve of this cat and mouse chase of Red and Green. Because in the end the only people that are benefiting from this topsy turvy race are the Gamers. Here is the official statement from the PR department over at Firaxis Games Studio about their upcoming IP:

As part of an expedition late to find a home beyond Earth, you will write the next chapter for humanity as You lead your people into a new frontier and create a new civilization in space. Explore and colonize an alien planet, research new technologies, amass mighty armies, build incredible Wonders and shape the face of your new world. As you embark on your journey you must make critical decisions.

Single Player Civilization: Beyond Earth is not very processor intensive, its not very GPU intensive either. Unlike an RTS where units are being created at arbitrary intervals and there is a general feeling of chaos, the gameplay of a Turn Based strategy is very disciplined. Thus do not expect to see significant gains over either Nvidia DX 11 'Wonder Driver' or 'Mantle API'. However the Multiplayer of Civilization: Beyond Earth should be another story entirely and I absolutely cannot wait to see the numbers in action (and play the game of course).

Alpha Centauri with current gen graphics. #BeyondEarth even ships with Mantle out of the box. This I have to play. http://t.co/KQgcatE1fu