During our tour of the Paris Games Week, I've had the chance to talk with a few developers from Bigben Interactive and Frogwares about Sherlock Holmes: The Devil's Daughter. 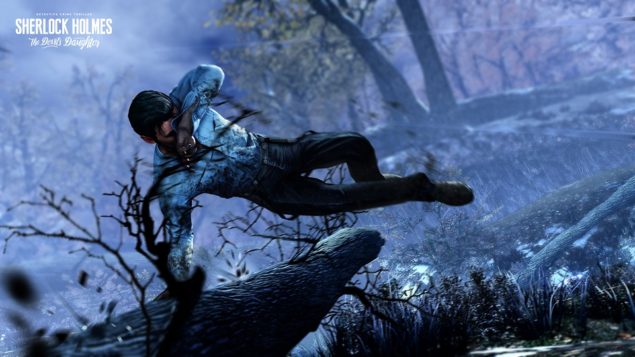 After its announcement just weeks ago, the game was being demonstrated behind closed doors for the first time. While I wasn't able to get my hands on the game personally, I've witnessed the game being played by the producer and I was able to ask a few questions afterwards.

First of all, Sherlock Holmes: The Devil's Daughter looks noticeably better than its predecessors. While the game still runs on Epic's Unreal Engine 3, the developers have added full support to Physically Based Rendering (PBR), which according to them results in a less flat picture with more details in terms of lighting and shadows.

The press release mentioned the ability to "freely roam an expansive landscape of playable terrain" for the first time in the franchise, though that doesn't quite mean that there is an open world here. Still, it's definitely an improvement over the previous titles where players were instantly moved from Sherlock Holmes' flat to the mission area.

I've then asked them about their target frame rate & resolution for PlayStation 4 and Xbox One, and it seems like they are comfortable with 1080P@30 for both. The developer also added that Sherlock Holmes: The Devil's Daughter isn't really an action heavy game (though there are some instances where Sherlock Holmes will have to fight), so 30FPS is fine in this case. 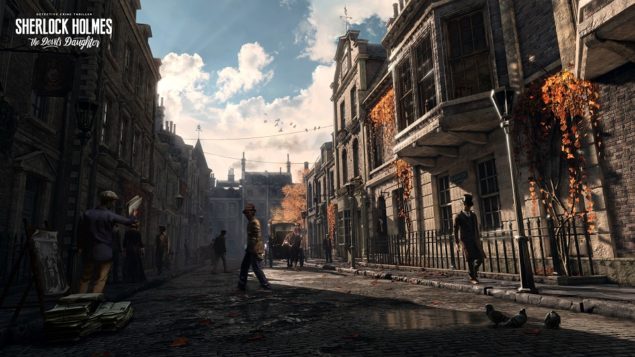 Of course, being a game about the world's most famous investigator, the gameplay revolves mostly around finding clues. What's interesting is that it is actually possible to reach completely wrong deductions and the game will continue to go on, factoring your mistakes into the story. Moreover, unlike previous titles made by Frogwares, Sherlock Holmes: The Devil's Daughter will actually have an overarching story with all five cases eventually coming together for the grand finale.

The press release talked about a Spring 2016 target window for all platforms (PC, PS4 & XB1), but the Marketing Manager confided that the team is targeting next March. There are no current plans for additional cases to be released via DLC.