Wang Is Coming: Shadow Warrior 2 Debuts on PC This October 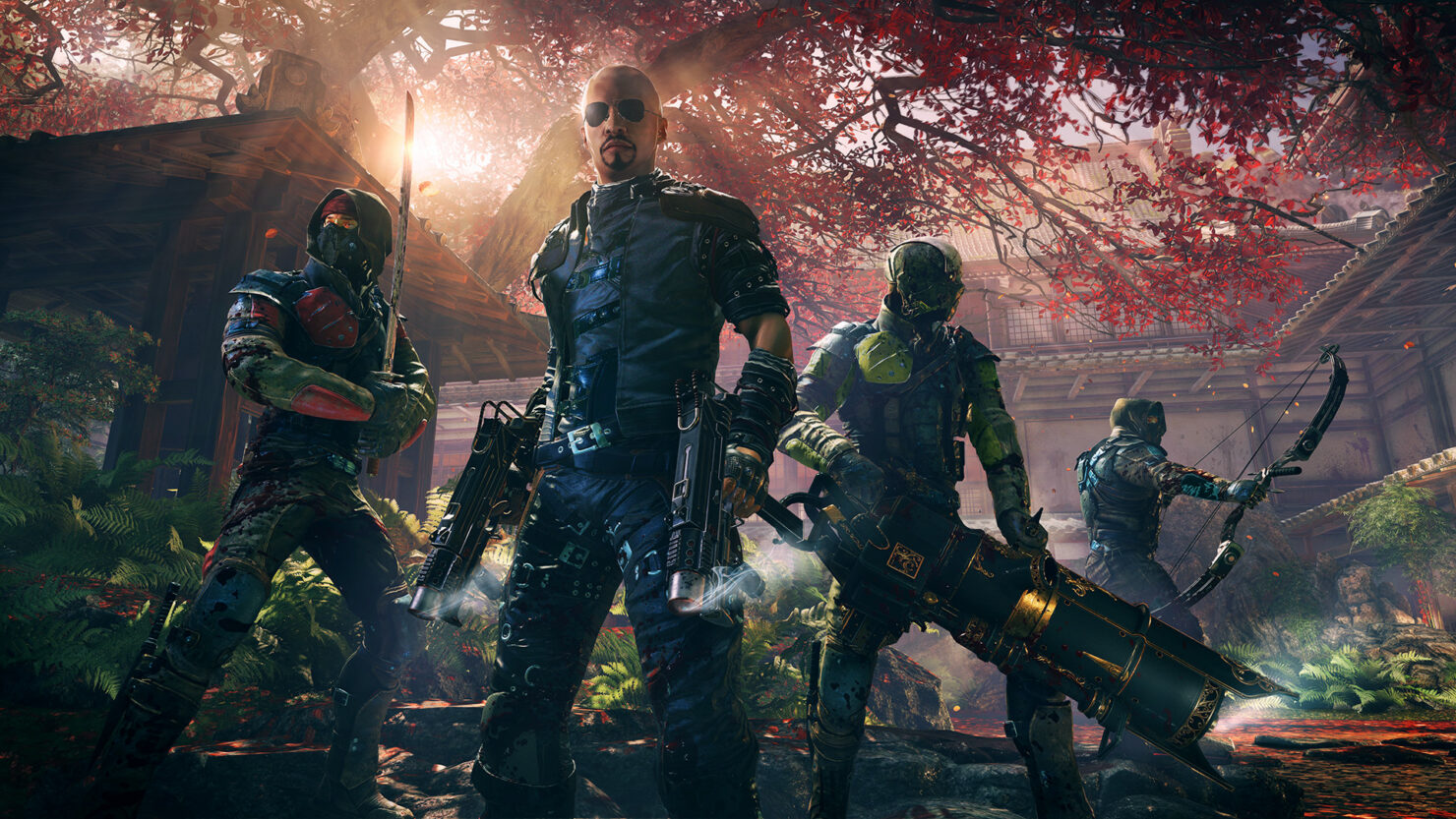 Shadow Warrior 2 lands on PC this October, as announced yesterday by the official Twitter account of the game.

The first person shooter is a sequel to the 2013 reboot. Once again players will assume control of ninja warrior Lo Wang, though Flying Wild Hog added a four player co-op mode where each player sees him/herself as Wang but see other players as anonymous and customizable ninjas (as you can glimpse in the image above).

Five years have passed since Lo Wang shattered the alliance between his deceitful former boss and the ancient gods of the shadow realm. Despite noble intentions, Lo Wang’s efforts to annihilate the darkness corrupted the world, creating a strange and savage new order where humans and demons live side by side.

The once feared warrior now lives in the shifting wildlands outside the reach of his enemies and the neon glow of Zilla’s cybernetic metropolis, scratching out a meager existence as a hired sword for the local Yakuza clans. When a simple mission goes wrong, Lo Wang is drawn into a volatile conflict between a brilliant young scientist, a controversial cult leader, and a terrifying new drug known as Shade. The sharp-tongued hero must once again wield lethal blades, staggering firepower, and archaic magic to purge the world of evil.

The world of Shadow Warrior 2 will be much more open than its predecessor's. There'll be a hub area where players can get quests and upgrade skills, and previous missions can be revisited if need be. The missions themselves, with the exception of those strictly connected to the story, will feature procedurally generated landscapes and content, such as enemy positions, terrain/buildings and weather.

Traversal has also been improved thanks to double jumping and climbing walls. Flying Wild Hog also promised an advanced gore system which should make it possible to precisely cut off limbs and body parts from enemies.

Shadow Warrior 2 will be available on Steam or GOG, supporting Windows/Mac/Steam OS/Linux. The game has also been confirmed for PlayStation 4 and Xbox One consoles, though at this point it looks like these will come later.

We'll check out the game and speak to the developers at Gamescom 2016 to delve deeper into this upcoming title.