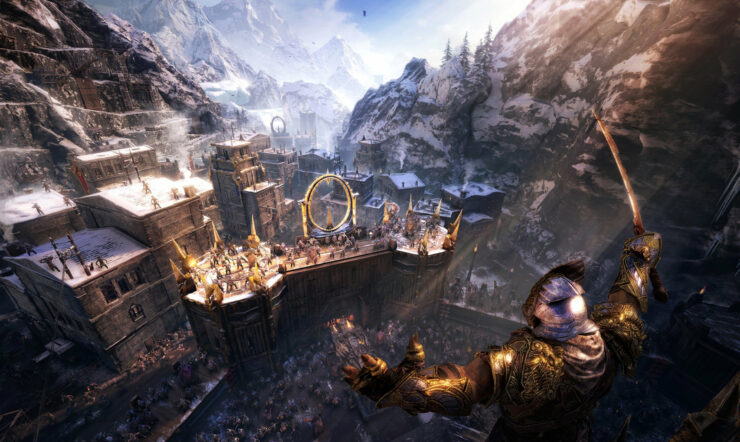 Warner Bros. and Monolith Productions have released a brand-new trailer for the upcoming Middle Earth: Shadow of War.

The trailer, entitled “Dominate the Open World”, showcases the game’s beautiful open world and can be watched below.

The video introduces viewers to the vast environments within Middle-earth, stretching beyond Mordor, and giving fans the first glimpse of various new environments to explore, including the Island of Nurn, Cirith Ungol, Gorgoroth and more.  Through the innovative Nemesis System, every player experiences a unique world to explore and share and every area of the world is larger, more varied and more dynamic than ever before.

Officially announced back in February of this year, Shadow of War is set between the events of The Hobbit and The Lord of the Rings.

“Following the amazing reception to Middle-earth: Shadow of Mordor™, we massively expanded every dimension of the game, including the world, the story, the RPG systems, the core gameplay and of course the personal player stories of the Nemesis System,” said Michael de Plater, Vice President, Creative, Monolith Productions upon the game’s announcement. “As lifelong fans of Middle-earth, we are so grateful to have the privilege to bring to life the most incredible fantasy world ever created in a new way, for a new generation. With Middle-earth: Shadow of War™, we can’t wait to see the amazing stories players are going to create and share.”

Shadow of War will be released on August 22 for PC (Steam and Windows 10), Xbox One, Project Scorpio, PS4, and PS4 Pro.