US Sales numbers for September 2015 are in (NPD), and as it turns out, Sony's PS4 managed to outsell Microsoft's Xbox One once again. 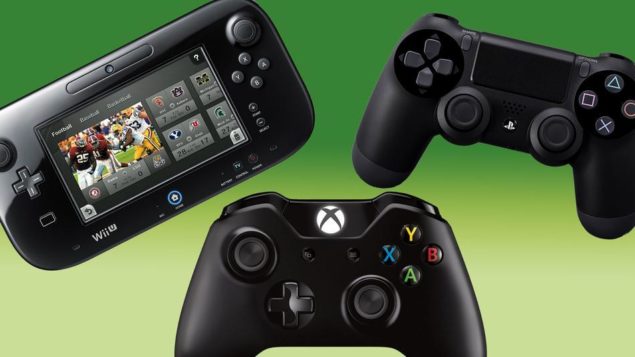 According NPD analyst Liam Callahan, hardware sales for September 2015 were lower than September 2014, but are still trending up when you look at month-over-month numbers. Combined, hardware sales were down 27% percent compared to last year. This is most likely due to the fact that Activision´s Destiny launched last year. That game is widely recognized with convincing a large number of people to upgrade to the PlayStation 4 and Xbox One.

“As we kick off the holiday season, we would like to take a moment to thank fans for making PlayStation 4 the best-selling console and #1 in software sales in September. PlayStation 4 was the number one console for NBA 2K16, Madden NFL 16, Metal Gear Solid V: The Phantom Pain and FIFA 16. Including the highly successful limited edition console bundle, PS4 also led retail sales for Destiny: The Taken King.”

“It was also a very strong month for PlayStation Network with September being the highest grossing month in PlayStation Store history. From PlayStation exclusives like the recently launched Uncharted Collection to partnerships with Call of Duty: Black Ops III and Star Wars Battlefront, we are committed to our community and to making PlayStation the best place to play this holiday.”

Microsoft's Xbox One continued to see a strong momentum in September. The console has solid year-over-year growth according Microsoft's Mike Nichols:

Compared to last-gen, both the PS4 and Xbox One are selling extremly well:

“After 23 months on the market, combined PS4 and Xbox One sales are 40 percent higher than the combined 23 month totals for PS3 and 360,” said NPD's Callahan.

Nintendo points out that Wii U sales have increased 110% over August 2015. Through the first nine months of 2015, sales of Nintendo 3DS hardware have increased by nearly 25 percent over the same time frame in 2014:

The ability to create, play and share your own unique Super Mario levels was a dream 30 years in the making for Mario fans. Turns out it was also a great reason to jump into the Wii U experience. The Super Mario Maker game for the Wii U console launched in the U.S. on Sept. 11 and sold nearly 445,000 combined units in its first three weeks (Sept. 11, 2015 – Oct. 3, 2015), bringing the lifetime total to more than 500,000 combined units in the U.S. alone (Sept. 11 – Oct. 19, 2015). Perhaps the biggest impact however has been on hardware sales. For the full month of September, sales of Wii U hardware in the United States increased by nearly 110 percent over sales in August. Software sells hardware and no one sells hardware like Mario.

Software sales for september were down 3% year-over-year, with Sony's PS4 leading the software sales for September. According to Sony's statement, September has been the best month in the Playstation's Store's history. For 8th generation software, NBA 2K16 had the best launch month ever for any Sports game: