Disclaimer: This article, a pinch of salt, instructions from that lovely piece of hardware inside your skull with healthy doses of skepticism applied for best results.

Nvidia already had some trouble with its execs, and now it seems that some analysts actually went as far as to tell them to sell off a key part of its business, namely Tegra. 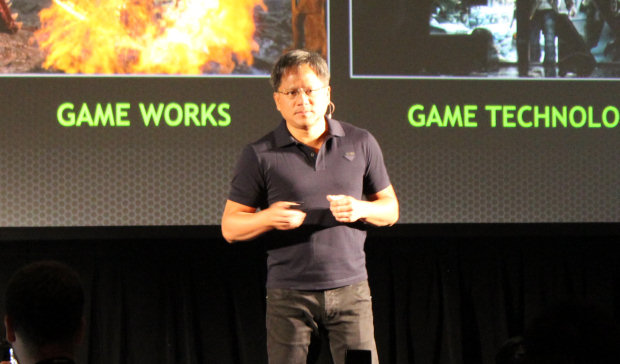 Reuters made a statement that the Nvidia Tegra business is dwindling. Analysts from Evercore and Needham are apparently urging Nvidia to "spin out Tegra or sell the business related to phones and tablets". Their reason for the aforementioned statement is that mobile sales of Nvidia are actually hurting the rest of the company.

Upon entering the Mobile market Nvidia has long since employed gimmicks such as the cellular modem but has rarely succeeded in fulfilling its true potential. However i would be the first to say this, Nvidia's future with Tegra is very bright. The capabilities offered by the coming generations of Tegra will be beyond that of their rivals. This determination to lead is one of the reasons Nvidia is basically killing off  Logan early for the sake of Parker. By sacrificing Tegra 5 early in its cycle they can get a much needed lead with Tegra 6 which is set to be their crown jewel.

Sadly the infinitely more qualified analysts don't agree with me (mobile sales are down by as much as 54%) and are urging Nvidia to jump the mobile ship asap before it gets hurt. Qualcomm's Snapdragon chipsets have been a great rival for Tegra and unless it finds that edge its looking for, Nvidia's mobile future (according to these analysts) may be over.

Analysts tell #Nvidia to basically sell of their business (Tegra) to someone else. #Woah http://t.co/zycDjFjqv8