Amidst all the news surrounding new processor and graphic card launches, overclockers and enthusiasts have kept up to their task of pushing the boundaries of existing hardware. This time AMD's Sempron 145 and FX-8320 have been their target. The Sempron 145 was launched by AMD in September of 2010 and is part of processor based on the 'Sargas' core. It is a single core processor with 1 thread and frequency of 2.8 GHz. The FX-8320 is relatively newer when compared to the Sempron. It was launched in October 2012 and has a base frequency capability of 3.5 GHz with four 2 MB L2 Caches and a 8 MB L3. 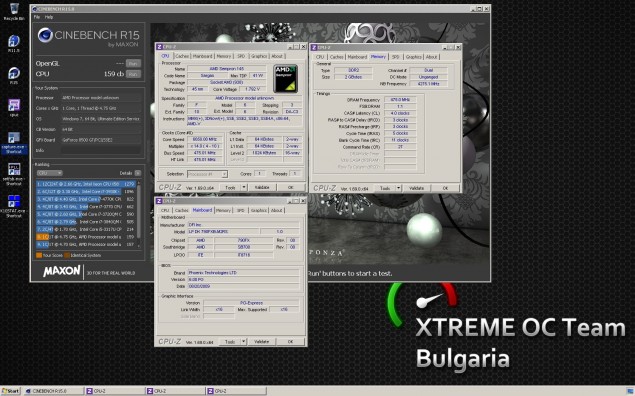 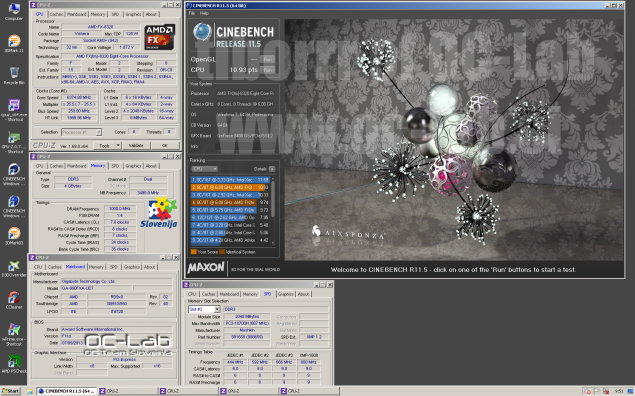 Siberian enthusiast Tiborrr also managed to update records of AMD's  FX-8320 on the Cinebench R15. In the overclocking, the processor was pushed to a staggering frequency of 6375 MHz from it's base frequency of 3500 MHz. Temperatures on the unit were kept at a -189 C load, -187 C ambient and 22 C ambient. The CPU was cooled using liquid nitrogen. 4096 MB of DDR3 SDRAM with clockspeed of 1000 MHz was air-cooled with timings of CL7.0 8-7-24 1T. The mainboard used was Gigabyte's 990FXA-UD7 and was cooled using the board's standard stock cooling options. This overclocking score of 10.93 on the Cinebench R15 earns Tiborrr first position out of 42 on the FX-8320 chart and a global rank of 35 out of 188 for 8x CPUs. 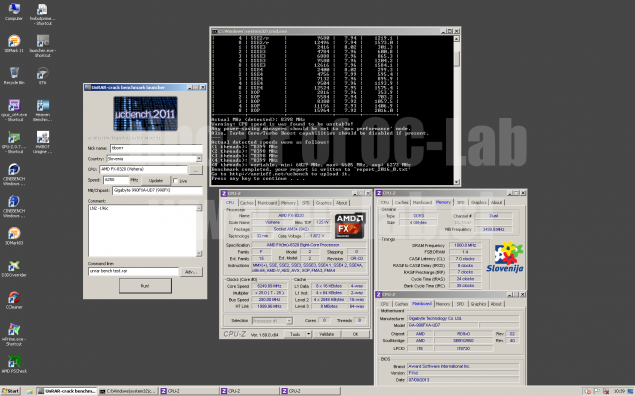